Why did revenue fall?

In 2Q16, Mead Johnson Nutrition Company (MJN) reported a drop in revenue of ~9% to $942 million, compared to revenue of ~$1.0 billion in 2Q15. The company’s revenue missed analysts’ expectations by 2%. Currency translation had an adverse impact of 500 basis points on revenue this quarter. It’s important to note that 75% of Mead Johnson’s operations are international. 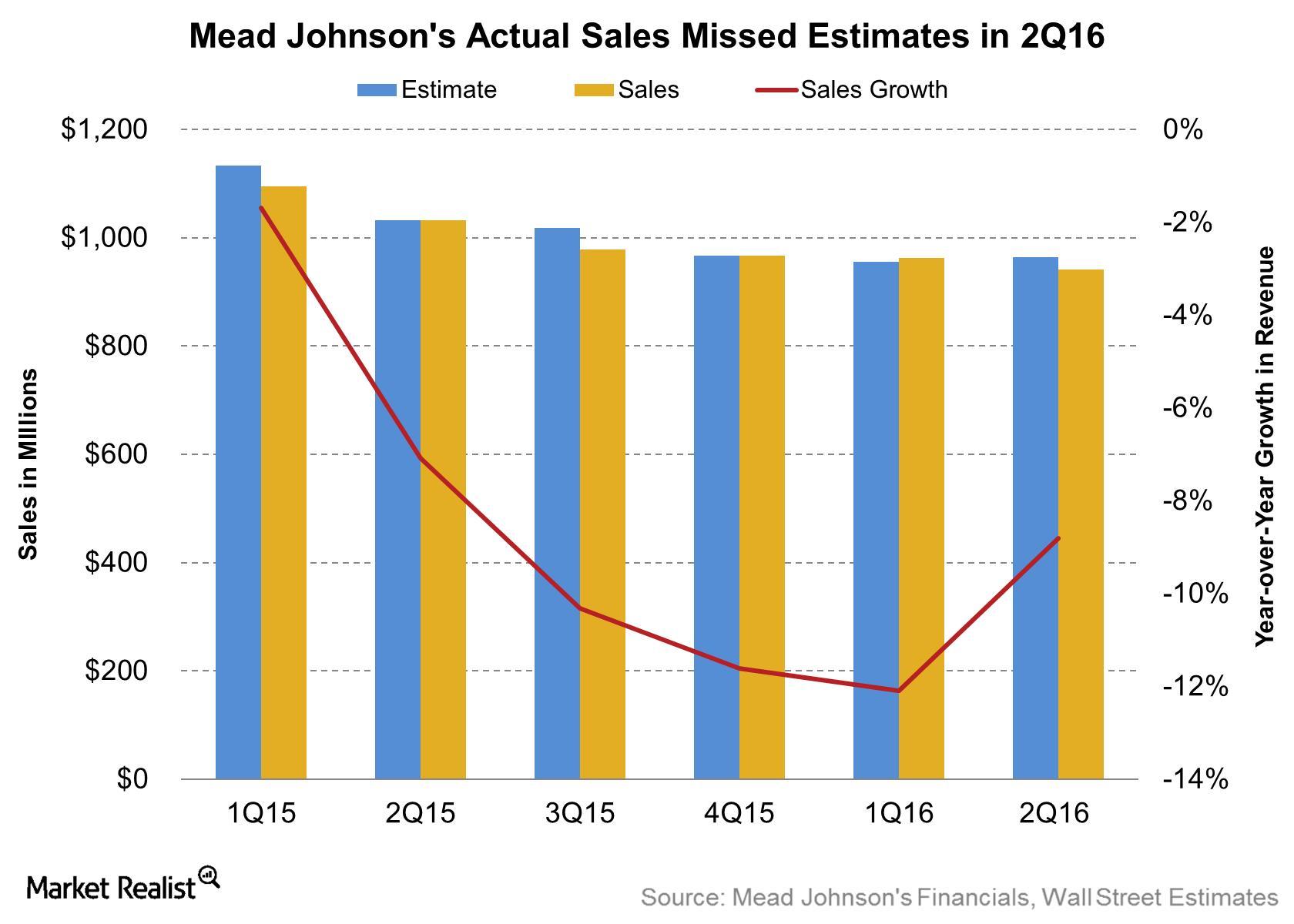 On a constant-dollar basis, sales declined by 4% because of a 5% drop in volume in 2Q16, compared to the same quarter a year ago. Investments to secure trade support and distribution of Enfinitas in China affected sales growth. However, pricing contributed 1 percentage point to sales growth.

The company earns its revenue through three geographical segments—Asia, Latin America, and North America/Europe. The Asia segment accounted for 48% of Mead Johnson Nutrition’s revenue in the second quarter. Revenue was affected in all of the segments because of the rising US dollar. This particularly affected revenue in China, Mexico, and Argentina. 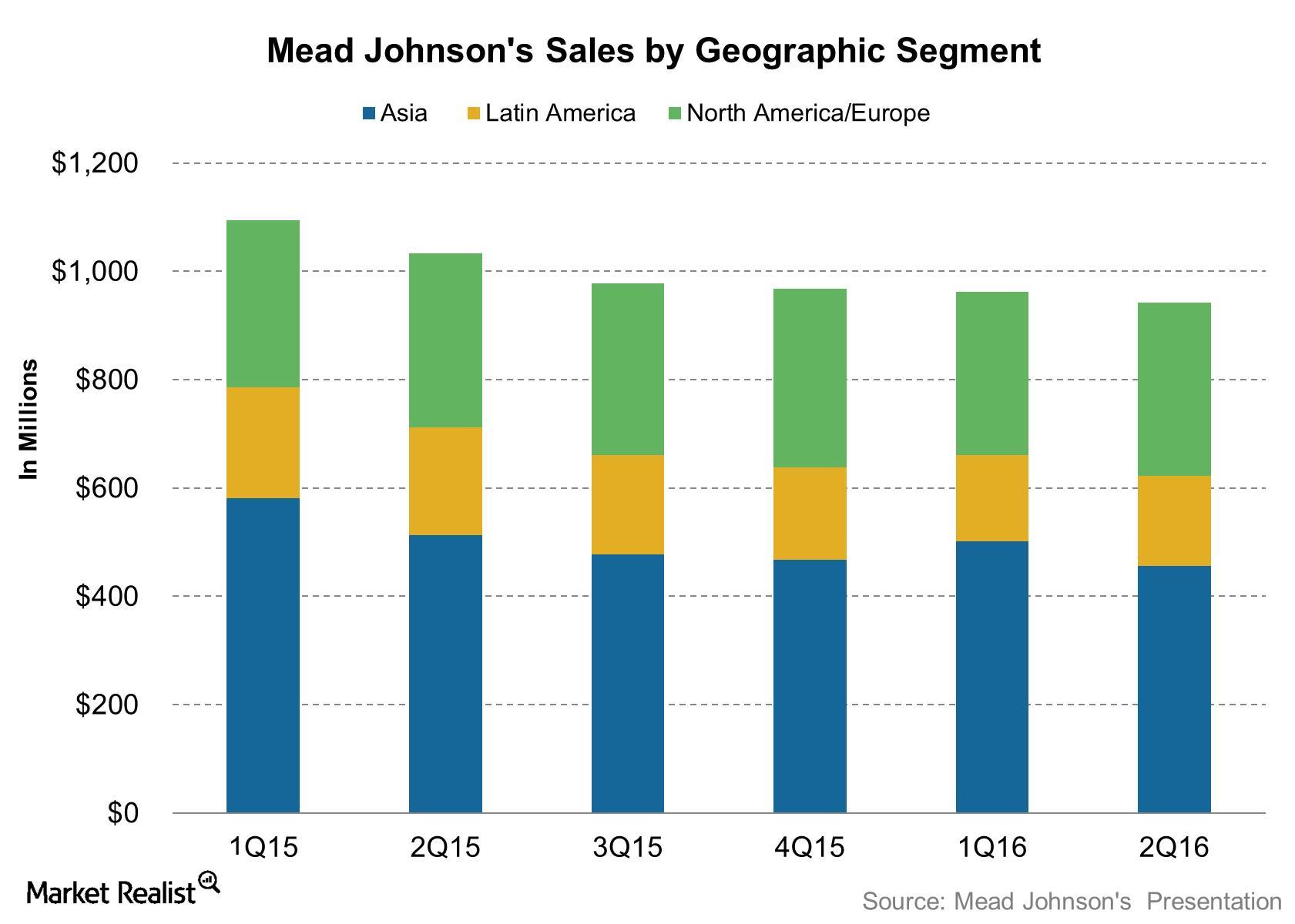 The North America/Europe segment reported a 1% decline in sales. Sales were negatively affected in the United States, where the company saw some market share pressure. However, this was offset by market share gains in both infant and child products in Canada.

In the next part of this series, we’ll discuss what led to the rise in the company’s operating profit.