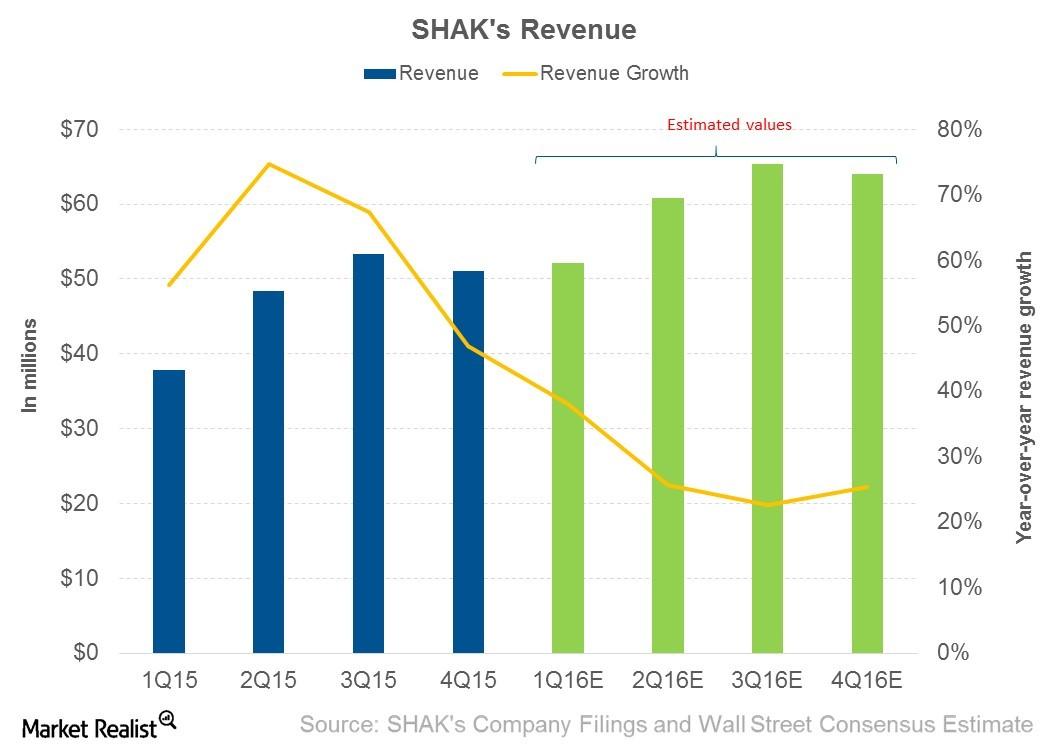 Analysts are expecting Shake Shack (SHAK) to post revenue of $52.2 million, which represents a growth of 38% from $37.8 million in 1Q15. This is already a deceleration from its 47% growth last quarter.

In 1Q15, Shake Shack, which forms 0.02% of the holdings of the iShares Russell 2000 Growth ETF (IWO), had posted a revenue growth of 56.3%. The revenue growth is expected to be driven primarily by unit growth and to a lesser extent, by same-store sales growth.

By the end of 4Q15, the company was operating ten more company-owned restaurants compared to 1Q15. These added units, along with restaurants opened in 1Q16, could boost Shake Shack’s revenues. The increase in franchised units increased the franchisee fees and royalties collected from them, thus increasing the revenue from the segment. Also, analysts are expecting to see positive same-store sales growth, which could also contribute to revenue growth.

Revenues of restaurant companies are generally driven by same-store sales growth and unit growth, which we’ll examine in the next few articles.