Teradata&#x2019;s scale in the software space

Now, let’s look at the value proposition of the company in the IT (information technology) consulting subsector. Let’s start with Teradata’s size. As of May 9, 2016, and as the below chart shows, International Business Machines (IBM) was the largest player by market capitalization in this space. It is followed by Wipro (WIT). Teradata is a relatively new and small player in this space. 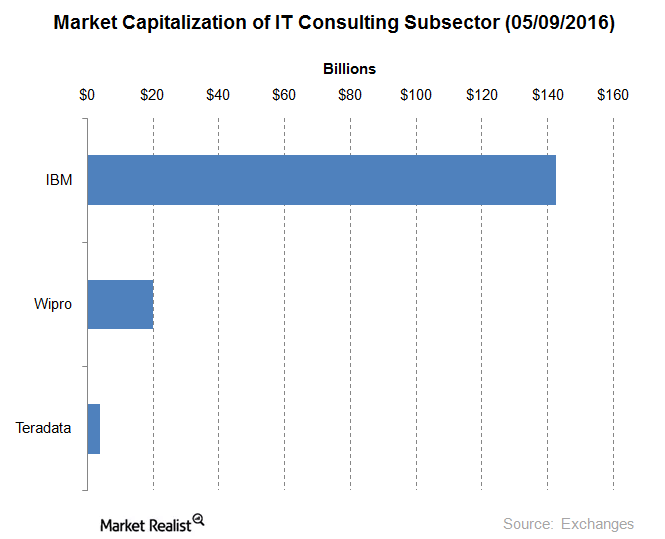 Now let’s look at Teradata’s EV/EBITDA (enterprise value to earnings before interest, tax, depreciation, and amortization) multiple. We’ll also look at other players in this space.

IBM’s forward annual dividend yield was ~3.8% as of May 9, 2016. Wipro’s forward dividend yield was ~1.4%. Teradata doesn’t pay dividends. Investors who wish to gain exposure to Teradata could consider investing in the SPDR S&P 500 ETF (SPY). While SPY invests ~0.02% of its holdings in Teradata, it also invests ~8% of its holdings in application software.

In the final part of our series, we’ll see what kind of recommendations analysts are giving for Teradata.