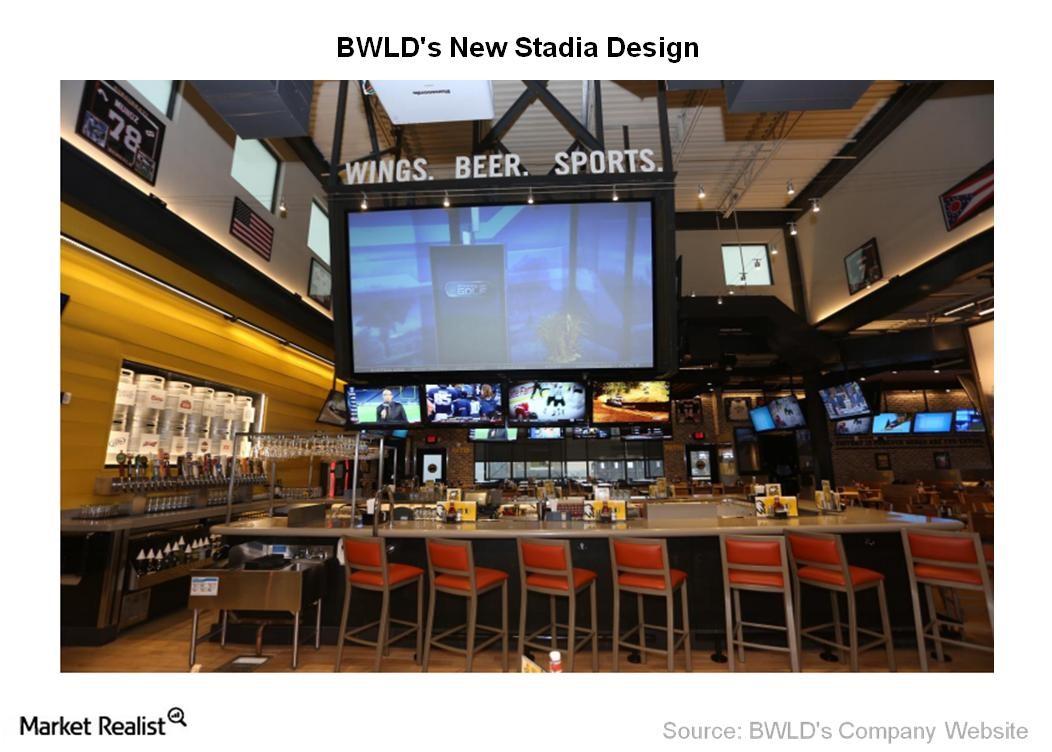 In July 2013, the company developed its “Guest Experience” model, which uses a guest experience captain to help customers to take full advantage of entertainment options. The model also requires the development of a proprietary television network and the implementation of table-top tablets. These tablets not only help customers place orders and pay but also help entertain with video games and quick access to sports scores.

The company is testing a new prototype that it has named “Stadia,” which aims to capture the energy of a stadium. The design was developed to create a space that would serve as a great place not just to watch sports and drink beer but to have a calm and quiet restaurant section for families and kids.

The designers of Stadia have also included a horseshoe-shaped bar in the center, with huge LED televisions all around. The dining area is separate from the bar section, with plenty of natural light from the windows and in 80 inch LED televisions to replace projectors, which are hard to see in sunlight. Sound systems were also meticulously designed for diners wishing to have conversation during game times.

Other key Stadia features include:

By the end of 2015, BWLD had remodeled 50 of its company-owned restaurants to fit the Stadia design, and company management has claimed that Stadia restaurants have been generating higher sales than regular BWLD restaurants.