Advertising revenues for the media sector

Advertising was a key growth driver for media companies this earnings season. For media companies like CBS (CBS), in fiscal 4Q15, advertising revenues were up by 1% over 4Q14, driven primarily by revenue growth of 8% in network advertising. CBS noted that it expects fiscal 2016 to “be a very good year for advertising” because of the Super Bowl broadcast and an increase in political advertising in 2016.

As the chart below indicates, advertising comprised an important 51% of CBS’s total revenues of $13.9 billion in fiscal 2015. 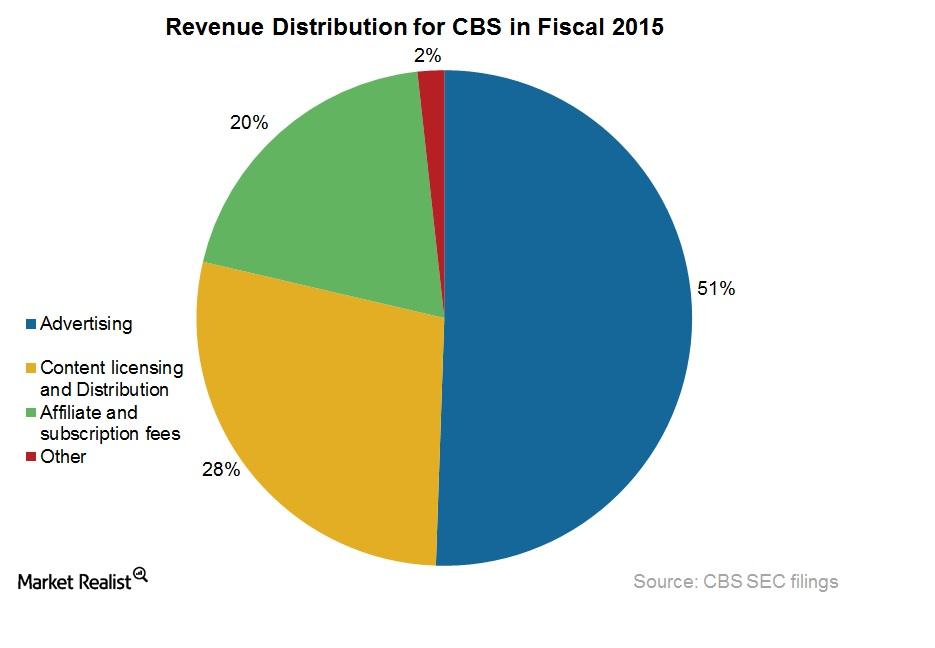 Time Warner’s (TWX) Turner business segment saw a 2% rise in revenues in fiscal 2015 and a 5% rise in fiscal 4Q15, driven by growth in domestic advertising.

Twenty-First Century Fox’s (FOXA) is another company that acquired TrueX and is using this technology on Hulu, an OTT (over-the-top) service.

Notably, Comcast makes up 2.9% of the PowerShares QQQ ETF (QQQ). For investors interested in getting exposure to the television and radio sector, QQQ has 4.9% in TV and radio. In the next part of this series, we will look at retransmission revenues for the media sector.