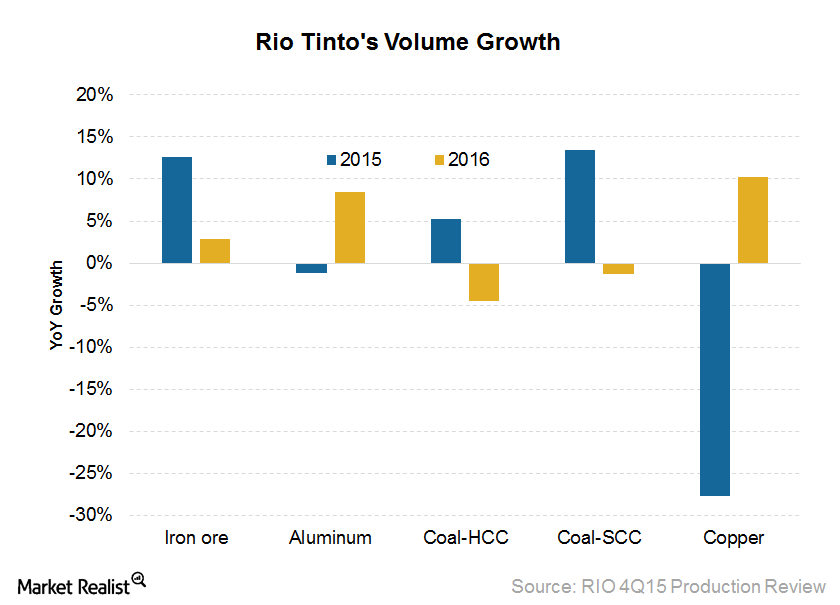 Copper production was a slight miss, falling short ~1% of the fiscal 2015 guidance. This was mainly due to weaker throughput at Escondida.

Coal and aluminum were in line with guidance. The aluminum production of 3.3 million tons was flat year-over-year. Coal production was at or above guidance for the year. Rio guided for lower thermal coal production for 2016, mainly due to the fall from the sale of its Bengalla joint venture.

Mineral sands were weaker as Rio pulled back production to match demand. Diamonds also remained weak as issues at the Argyle diamond mine are worked through.

We’ll discuss key production highlights from these segments in detail later in this series.

Investors can consider the Materials Select Sector SPDR ETF (XLB) to get a diversified exposure to the materials sector. Metal producers currently form ~9% of XLB’s portfolio