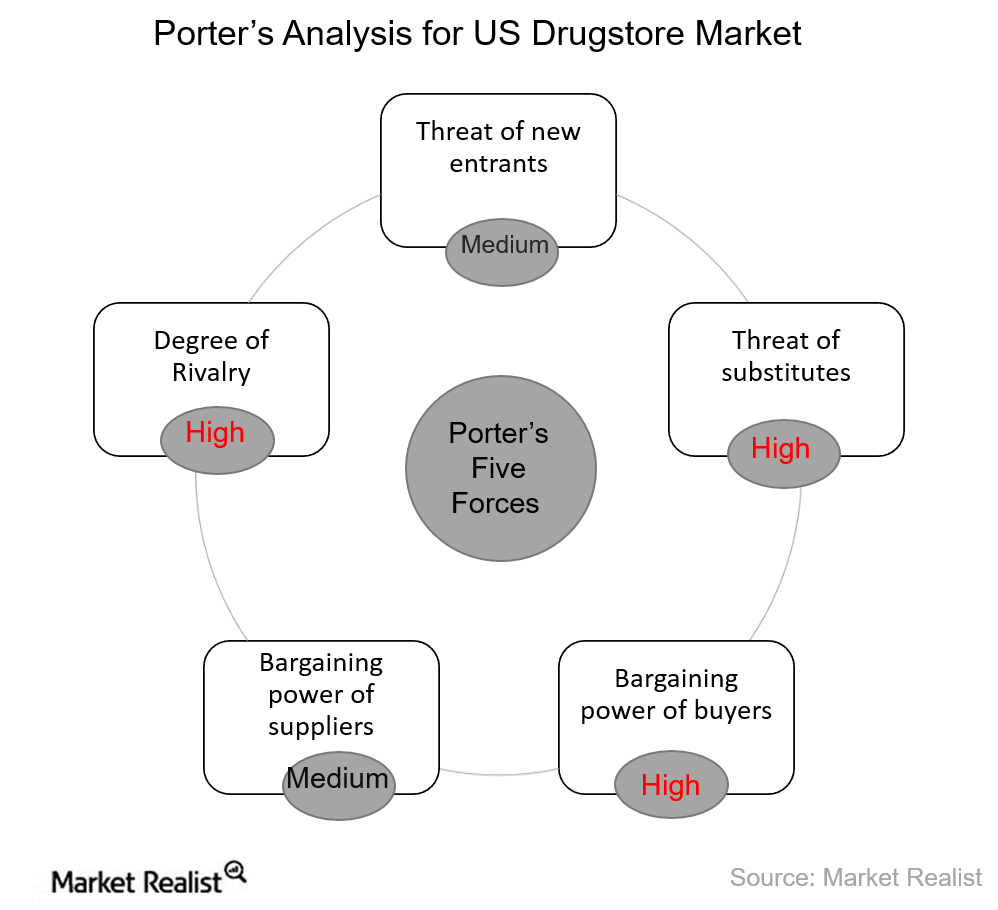 Analysis of the US drugstore industry

The US drugstore industry’s demand is driven by the aging population, increasing awareness of health issues, and advances in medical treatment. The industry is dominated by a few big players such as Walgreens Boots Alliance (WBA) and CVS Health (CVS). The degree of rivalry is high, with multiple competitors including drug retail chains, supermarkets such as Kroger (KR), and mass merchandisers such as Walmart (WMT) and Costco Wholesale (COST). The traditional drugstore chains face an increasing threat from online drug ordering.

The profitability of individual companies depends on their access to medical insurance groups. Bigger companies benefit from economies of scale—not only in purchasing, but also in access to large groups of customers. Supplier relationships are important and drugstores typically have strong, long-term relationships with suppliers. For example, Walgreens Boots Alliance and AmerisourceBergen (ABC) recently entered into a ten-year pharmaceutical distribution agreement under which AmerisourceBergen would supply branded and generic pharmaceutical products to Walgreens in the United States. While the industry is concentrated, there is still room for smaller players who can compete effectively by opening stores at convenient locations or by selling special merchandise.