In 2003, when Jack in the Box (JACK) acquired Qdoba Mexican Grill for $45 million, Qdoba was operating 85 outlets with a total revenue of $65 million. Since then, the company has grown to reach a restaurant count of 661, with 322 company-owned restaurants and 338 franchisee-owned restaurants. Qdoba’s overall revenue rose from $185 million in 2011 to $395 million in 2015, an increase of 105%. In October 2015, the brand name was changed to Qdoba Mexican Eats.

Similar to the Jack in the Box brand, Qdoba has three main revenue streams: company-owned restaurant sales, franchise rental revenue, and franchise royalties and others. 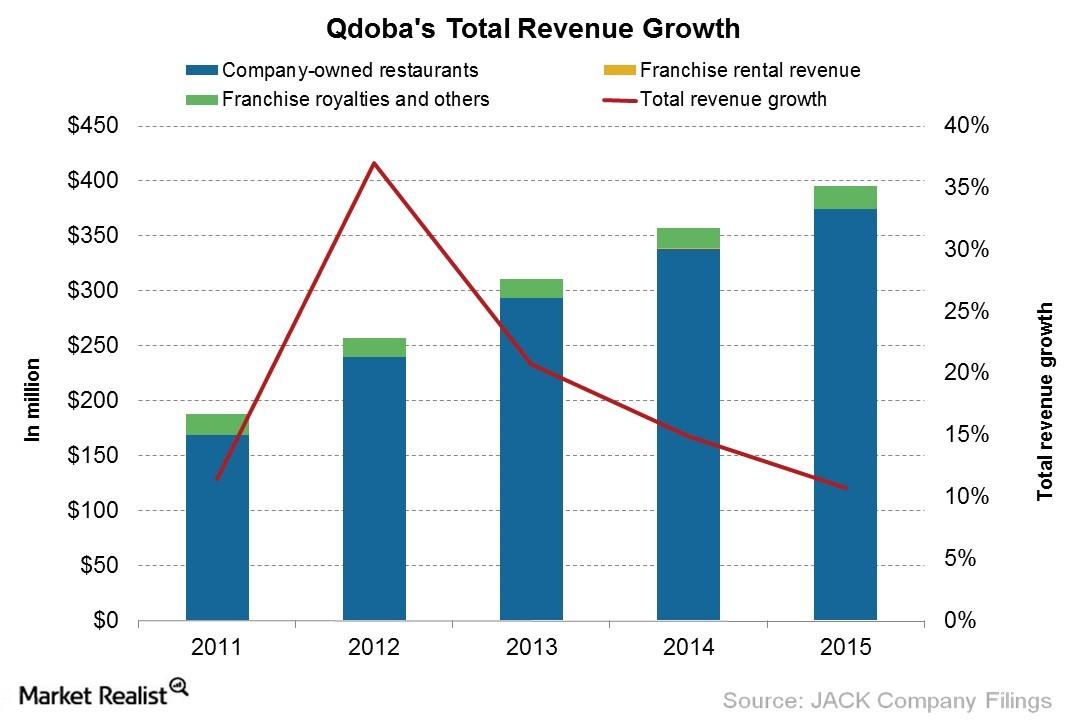 Franchise royalties and others

The company charges royalty fees of 5% of a franchisee’s total sales. The revenue from this segment has risen from $19 million in 2011 to $21 million, an increase of 9.1%. The increase is due to an increase in same-store sales.