The hotel pipeline tells potential investors how development activity in the hotel sector looks. It also points to the future supply trends. The segmentation shown in the table below is based on the ADR (average daily rate) charged by each hotel. It is essential for investors to understand this segment, which is expected to grow more quickly than other segments. 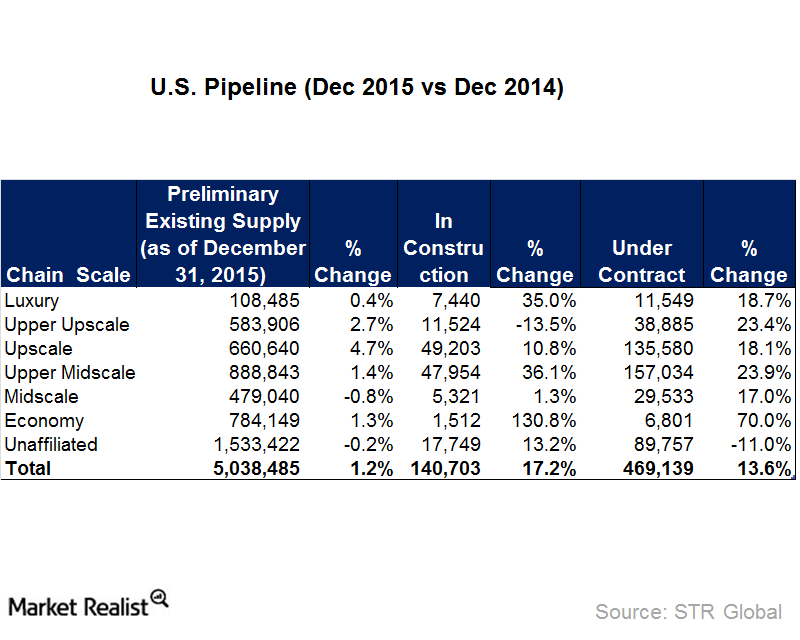 The hotel pipeline in December 2015

According to STR Global’s Construction Pipeline Report for December 2015, rooms under contract in the US rose by 17.2%, as compared to December 2014, to reach 469,139 rooms. They form about 9% of the current supply in the market. Rooms under contract include all projects that are in the planning and construction stages, but the metric doesn’t include projects that are not confirmed.

Luxury hotels often take more time and capital to develop than full-service hotels, and developers still appear to be apprehensive about adding new supply. Investors can expect the supply to catch up with the demand mostly in the upper-midscale and upscale segments. Lower supply growth in the luxury segment will help drive its ADR and occupancy rates.