The Kraft Heinz Company (KHC) is an investment-grade company with a sustainable capital structure for the long-term. Let’s consider the following key company figures:

At the end of 3Q15, which for Kraft Heinz ended on September 27, the company had a gross debt of $25.3 billion, at an average annual rate of interest of approximately 4%. 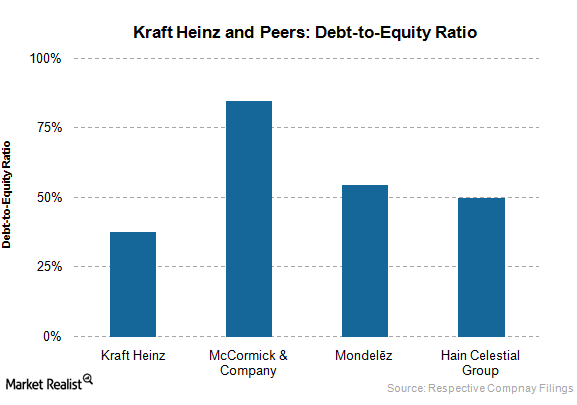 In comparison, its peers in the food industry (XLP) had the following leverage ratios:

Kraft Heinz had a coverage ratio or EBIT-to-interest expense ratio of 0.87x at the end of 3Q15. McCormick & Company and Mondelēz had coverage ratios of 10.2x and 56.1x, respectively.

But what was behind Kraft Heinz’s troubling performance in 3Q15? Continue to the next part to find out.