Earnings and shareholder returns comparisons for Under Armour

Under Armour’s (UA) stock has achieved five stock price records since April 8, 2015. The euphoria was related partly to the upcoming earnings report and partly due to Jordan Speith’s record Masters win on April 13. However, UA’s price declined by 4.8% to $83.52 on April 21, owing to disappointing revenue growth and a decline in earnings. 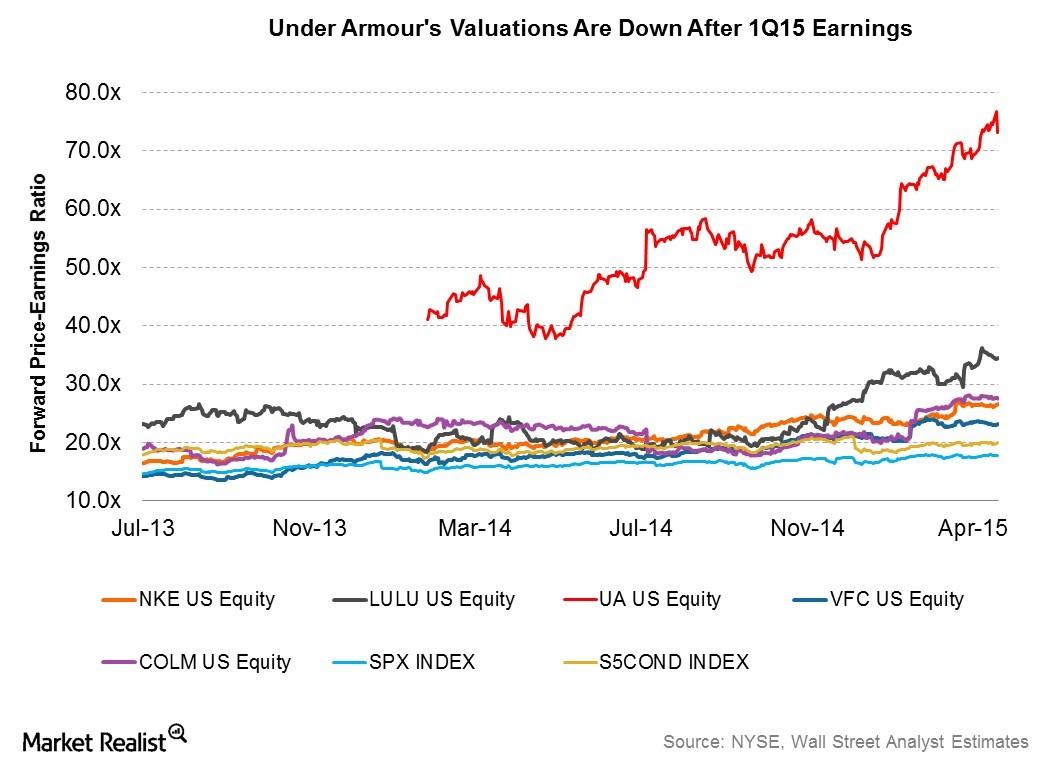 UA stock is still performing well this month. The stock’s total returns are at 3.4% month-to-date, compared to 3.6% for Lululemon Athletica (LULU), 3.3% for Adidas (ADDYY), and 4.0% for Skechers (SKX). LULU’s results late last month signal improvement in brand sales and the continuation of its growth story, which had hit a bump last year. Adidas stock is up 18.4% this year. The outlook for consumer firms (XLY) (RXI) has brightened in Europe with the start of the European Central Bank’s monetary stimulus. The company released a new business plan to the investor community late last month.

Despite the revision in stock price, Under Armour still continues to be the priciest stock in its peer group. Growth rates are still in the 20%-plus region, including those for the dominant apparel category. UA has also continued its record in beating the Wall Street consensus, as mentioned earlier in the series.

These factors, combined with several winning calls with regard to the star athletes on its endorsement roster, as we discussed in part three of this series, has seen the company’s valuations climb to 73.1x forward earnings, over double those of LULU at 34.4x. UA’s valuations are up by almost 35% this year, and 22.1% since February 4, when the company released 4Q14 earnings.