Telecom is a capital-intensive industry. It requires an extensive network infrastructure to provide fixed line and wireless services. According to USTelecom, since 1996, telecom companies in the US invested $1.1 trillion in the industry. High investment requirements restrict new entrants in the industry.

The cycle of upgrading networks is shorter for wireless companies. The cycle is shorter due to reasons ranging from technological innovations to managing increased network traffic. So, they have to recoup their network investments—in shorter intervals of time—to redeploy them for the next upgrading cycle of networks. 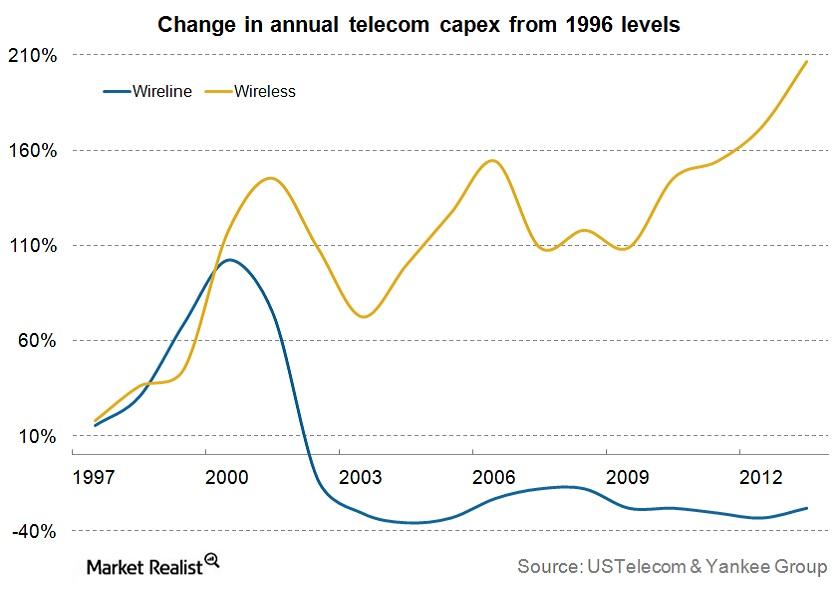 Due to high fixed costs, telecom companies in mature markets—like the US—have to manage their profitability and cash flows by controlling their variable costs—like workforce and marketing costs.

In wireless, the structure of the network makes the initial fixed investments relatively lower than setting up a new wired telecom network. However, unlike wireline, where fixed costs are driven by the number of customers, wireless companies’ fixed costs are based on network traffic. So, wireless companies have to make ongoing investments. They have to upgrade their network to increase capacity as the traffic for voice, and particularly data, increases.