Amazon.com’s (AMZN) AWS (Amazon Web Services) is a fast-growing business for the company that saw its revenues rise by 55% YoY (year-over-year) to over $3.2 billion in 3Q16. This growth was faster than the overall cloud market growth, as estimated by the research firm Synergy Research Group.

According to the same Synergy Research report, the cloud market is growing at 25% rate annually and is currently estimated to be $148-billion market. 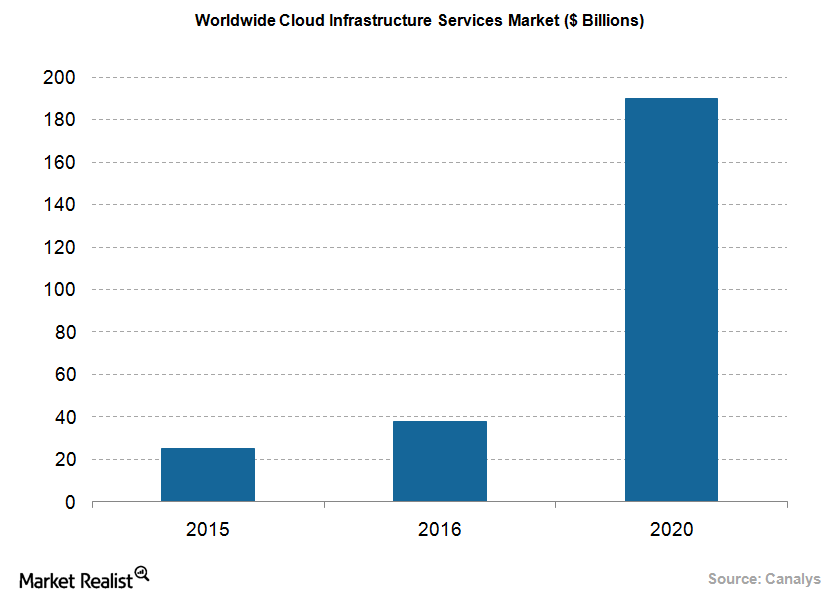 A few weeks ago, Amazon announced the opening of data centers in the UK and Canada. This means that AWS is now present in 16 regions with 42 availability zones. Amazon is also expected to launch AWS data centers in France and China in the near future.

Amazon also recently partnered with Salesforce, and AWS will become Salesforce’s new public cloud infrastructure provider. Canada will become the first region for Salesforce’s customers to use its services on AWS.

By 2020, the cloud infrastructure services market is expected to reach $190 billion.