Earlier in this series, we discussed some recent updates of Microsoft (MSFT). Now, let’s look at the value proposition of the company among select software companies in the United States. Let’s start with Microsoft’s size.

As of April 6, 2016, and as the below chart shows, Microsoft was the largest software player by market capitalization on a global scale. It was followed by Oracle (ORCL). Red Hat (RHT), ServiceNow (NOW), and Tableau Software are among the leading players in the systems software space. 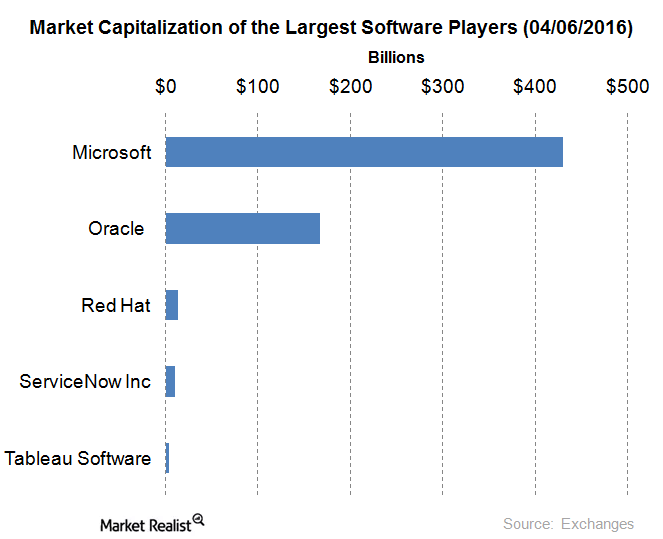 Now let’s look at Microsoft’s EV-to-EBITDA (enterprise value to earnings before interest, tax, depreciation, and amortization) multiple and those of select software players in the United States.

For diversified exposure to companies in the US telecom space, you may consider investing in the Technology Select Sector SPDR ETF (XLK). XLK has ~38% exposure toward the application software space.