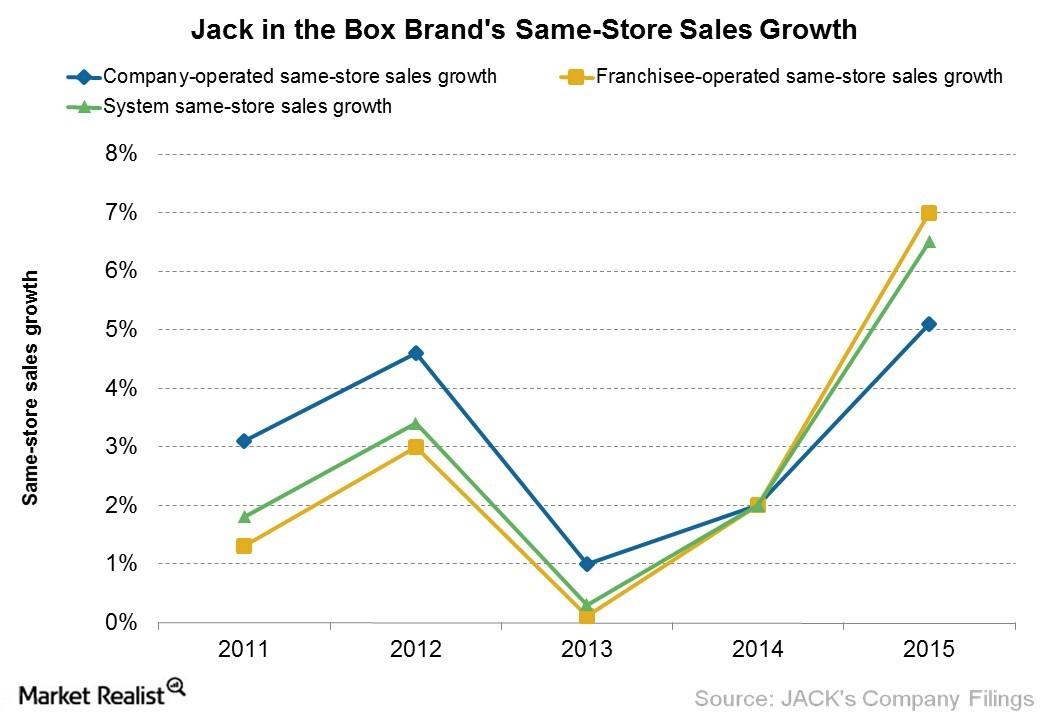 The Jack in the Box brand’s same-store sales growth

As for transactions, they have increased progressively over the last three years. 2015’s transactions increased by 3.2% over 2014’s transactions. This rise can be attributed to the introduction of new late-night menus and promotional offers.

You can get exposure to Jack in the Box (JACK) stock by investing in the Direxion All Cap Insider Sentiment ETF (KNOW), which has invested 1.4% of its portfolio in Jack in the Box.