Previously in this series, we covered some recent updates on Windstream (WIN). In this article, we will look at some value-centric metrics of the wireline company and its select peers in the US telecommunication industry. Let’s start with the size of Windstream compared to some peers with operations in the US wireline space. 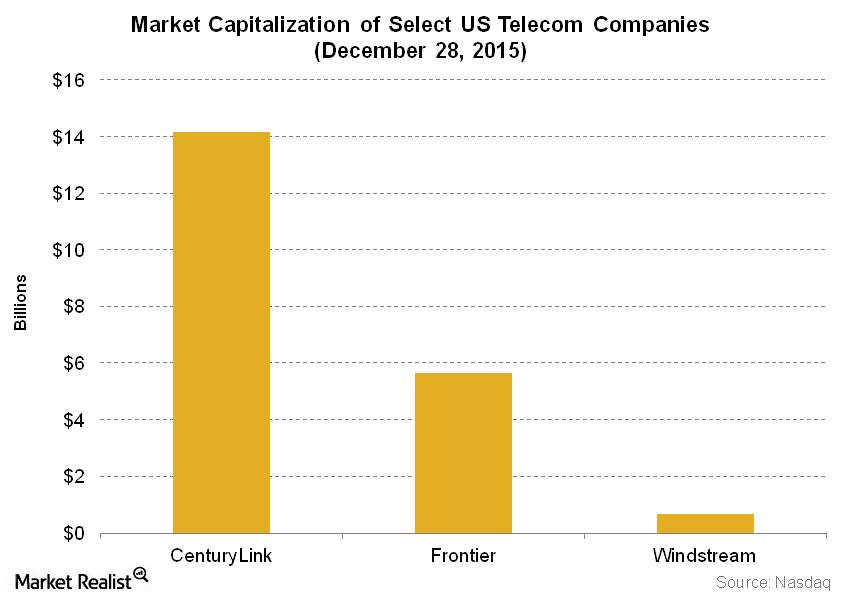 Meanwhile, in the integrated US telecom space, these figures for Verizon (VZ) and AT&T (T) were ~$190.2 billion and ~$213.8 billion, respectively, as of the same date.

Windstream&#x2019;s dividend yield versus its peers

As of December 28, 2015, Windstream had a forward annual dividend yield of ~8.3%. Meanwhile, the same metric for both Frontier and CenturyLink was ~8.6%. In addition, the forward dividend yields of Verizon and AT&T were ~4.9% and ~5.6%, respectively, as of the same date.

Instead of taking direct exposures to the stocks of players in the US wireline industry, you may consider taking a diversified exposure to this space by investing in the SPDR S&P 500 ETF (SPY). SPY held ~2.4% in AT&T, Verizon, CenturyLink, Frontier Communications, and Level 3 Communications (LVLT) as of the end of October 2015.