In this part of our series on bank investments in the face of a probable federal funds rate hike in December, we’ll take a closer look at the performance of US banking sector during the year so far, as of November 13, 2015. We should note first that, despite robust fundamentals, banks have been volatile in 2015. 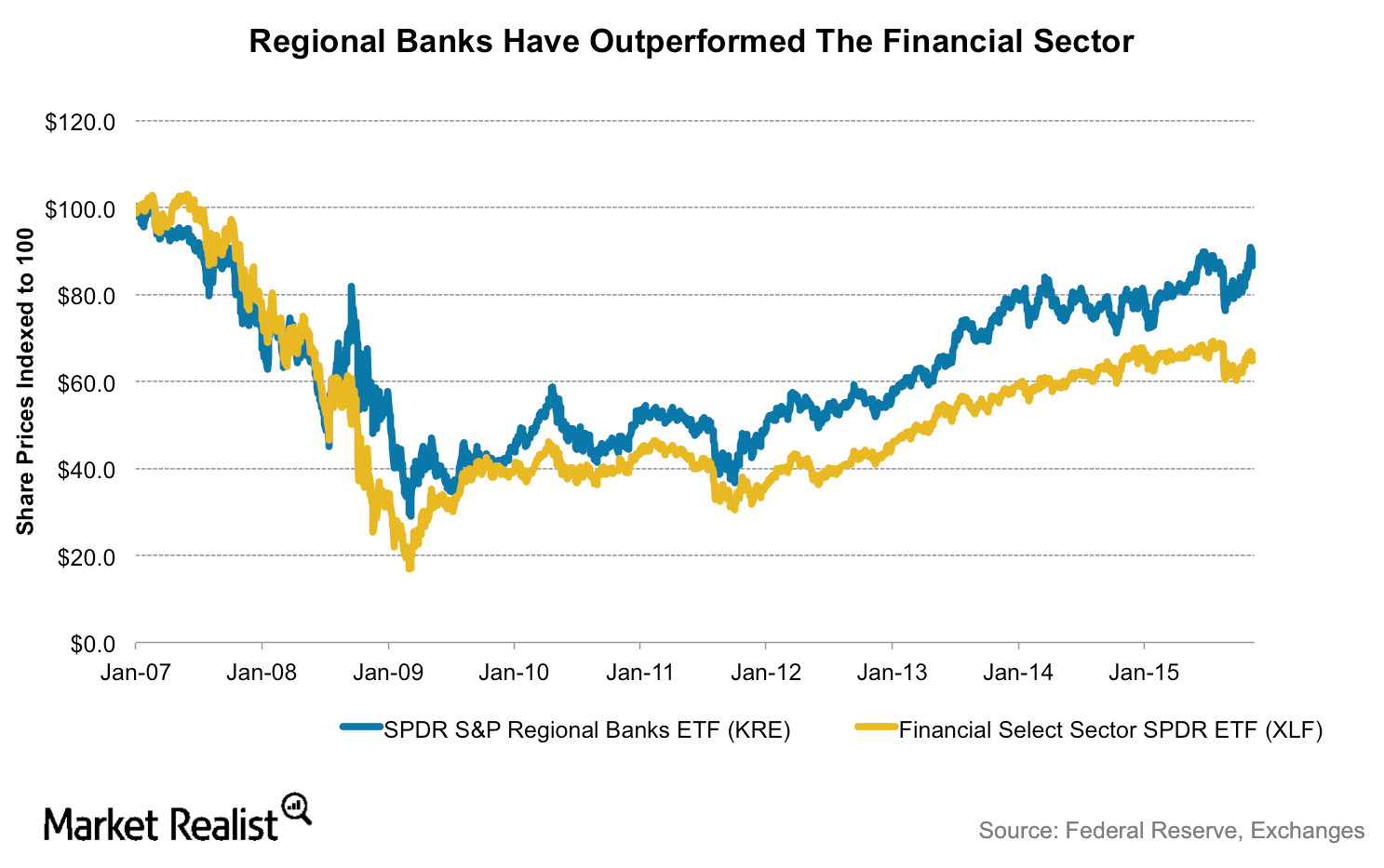 Performance of KRE versus the financial sector

The top-performing large bank was JP Morgan Chase (JPM), which returned 4.9% YTD. By contrast, shares of Morgan Stanley have underperformed the sector and were down by 12.6% YTD as of November 13.

Continue to the next part of this series for a discussion of analyst recommendations and expectations for both large and regional banks.