This mega deal, initially announced on May 7, 2014, got conditional approval from the European Commission (or EC) on May 5, 2015. Mondelez’s stake was reduced from the initial estimate of 49% to 44%, since the company retained its interest in its Korea-based joint venture Dongsuh Foods Corporation. 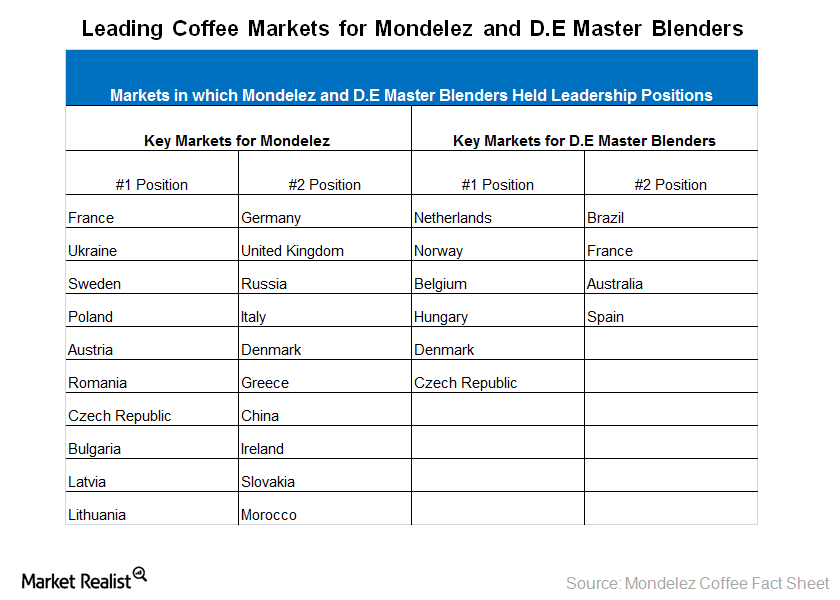 According to Jacobs Douwe Egberts’s website, the company holds either the number-one or number-two position in coffee markets for more than 18 countries in Europe, Latin America, and Australia.

Conditions of the deal

In May 2015, the joint venture between Mondelez and D.E Master Blenders received a nod from the EC, subject to the following conditions:

Portfolio of the new entity