The recent rally in Shake Shack’s (SHAK) share prices—without any new catalyst—may indicate that investors are optimistic about the company’s prospects. But, has the company performed better than its peers? Below, we compare the average revenue per square foot for Shake Shack with two of its peers. 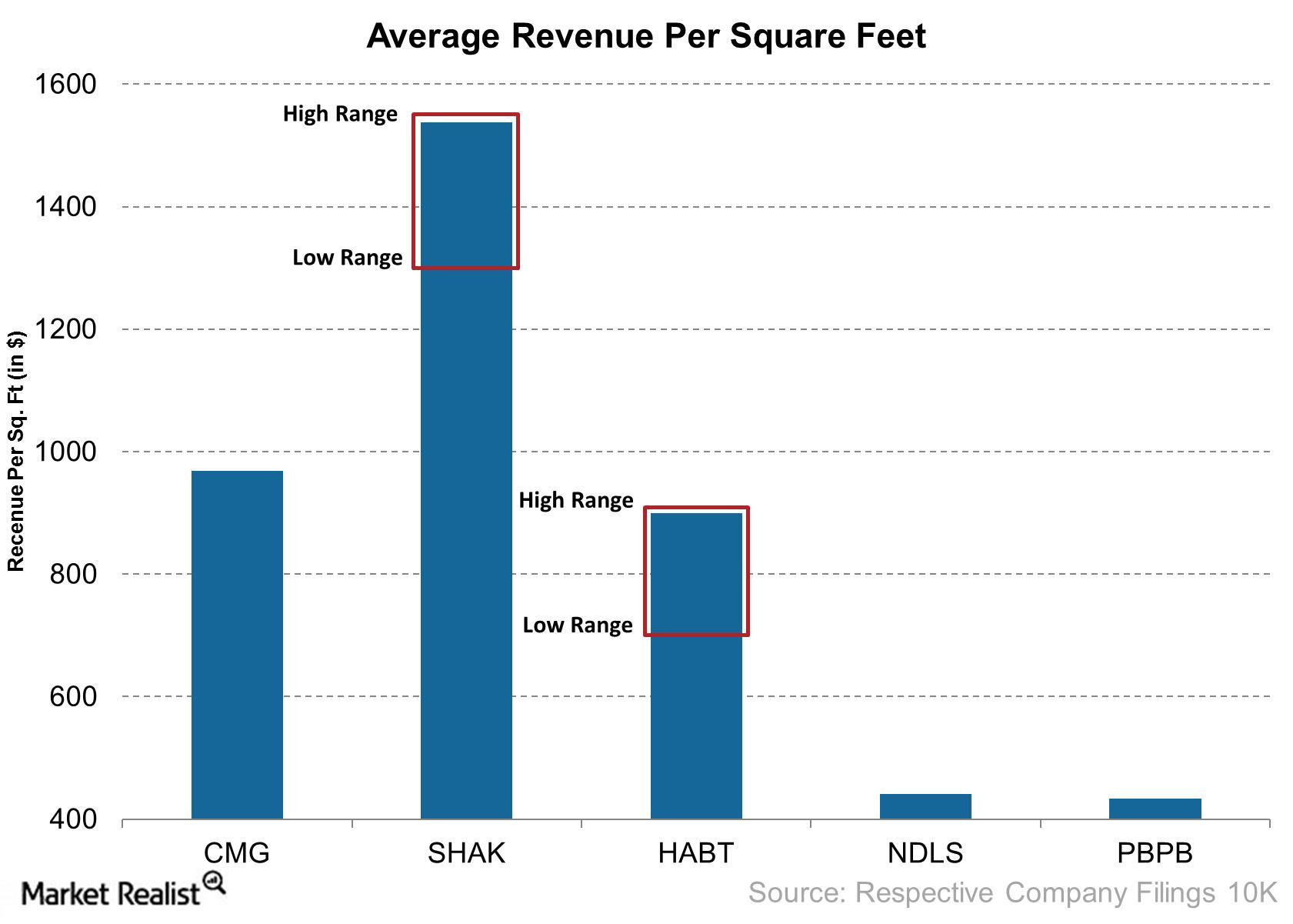 Potbelly (PBPB) and Noodles & Co. (NDLS) have the lowest revenue per square foot of $434 and $431, respectively. You can also find Chipotle Mexican Grill in the Consumer Discretionary Sector ETF (XLY), which holds about 1% of CMG and 3% of Starbucks (SBUX).

The higher average revenue per square foot indicates that customers like Shake Shack’s menu offerings. But this may change as the company opens more restaurants outside Manhattan, in areas with lower population density. The average revenue per square foot will drop from $1000 to $857. Now, the question is whether Shake Shack will be able to replicate its success outside of New York City.