As of June 24, 2016, B&G Foods (BGS) was trading at $46.66. In this part of the series, we’ll see what Wall Street analysts recommend for the company after the revised estimates. We’ll also look at analysts’ target prices for the next 12 months. 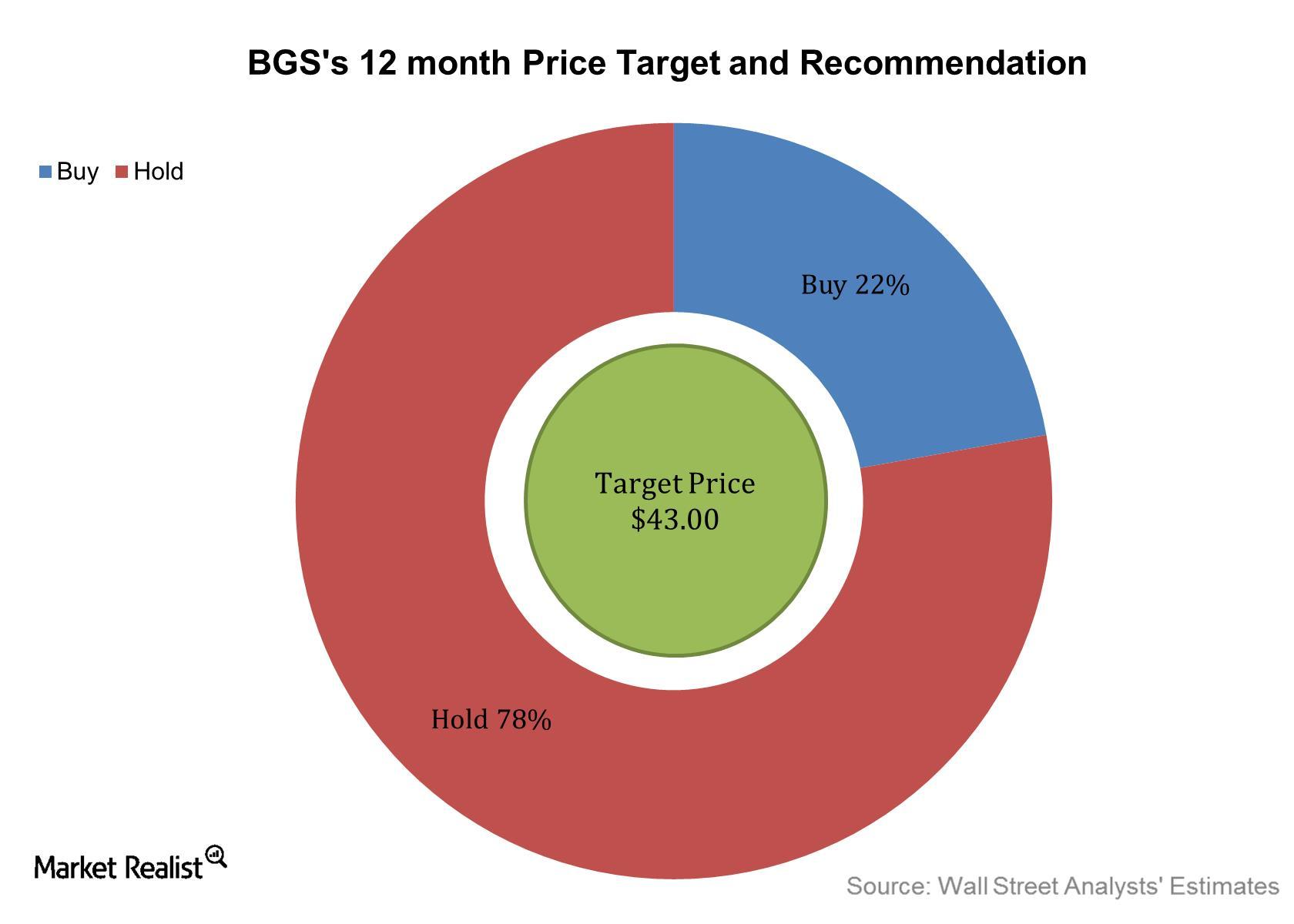 Analysts revised the average broker target price for B&G Foods after its 1Q16 earnings. The price increased from $39.25 to $43. However, this is 8% lower than the closing price of $46.66 on June 24, 2016. As analysts raise their target prices for the next 12 months, B&G Foods’ share price could increase, or vice versa.

The broker target price and return potential for B&G Foods’ peers are as follows:

Last month, Credit Suisse raised the target price for B&G Foods from $38 to $45 with the view that the company’s guidance might be conservative. Credit Suisse analyst Robert Moskow wrote in his May 17 report, “Management’s plan to speedily launch a new Green Giant platform in August carries a fair degree of execution risk, but not enough to prevent us from bringing our valuation multiple closer to its historical relationship to the food group.”

D.A. Davidson downgraded the stock from a “buy” to “neutral,” holding an optimistic target price of $45. On the higher side, RBC Capital Markets gave B&G Foods the highest target price of $46, which is lower than the current trading price as of June 24. It rates the stock an “outperform.”

On the lower side, BMO Capital Markets gave B&G Foods a “market perform” rating. It assigned the company a lower target price of $38.