A briefly on the US retail food industry

The US retail food industry (XRT) comprises store formats ranging from small grocery shops and convenience stores to large supermarkets and club stores. The supermarket format represents the largest segment of the industry.

According to Mazzone & Associates’ 2015 Retail Industry Report, revenues of US supermarkets and grocery stores stood at ~$584 billion in 2015, while revenues of warehouse clubs and supercenter retailers stood at $462 billion. 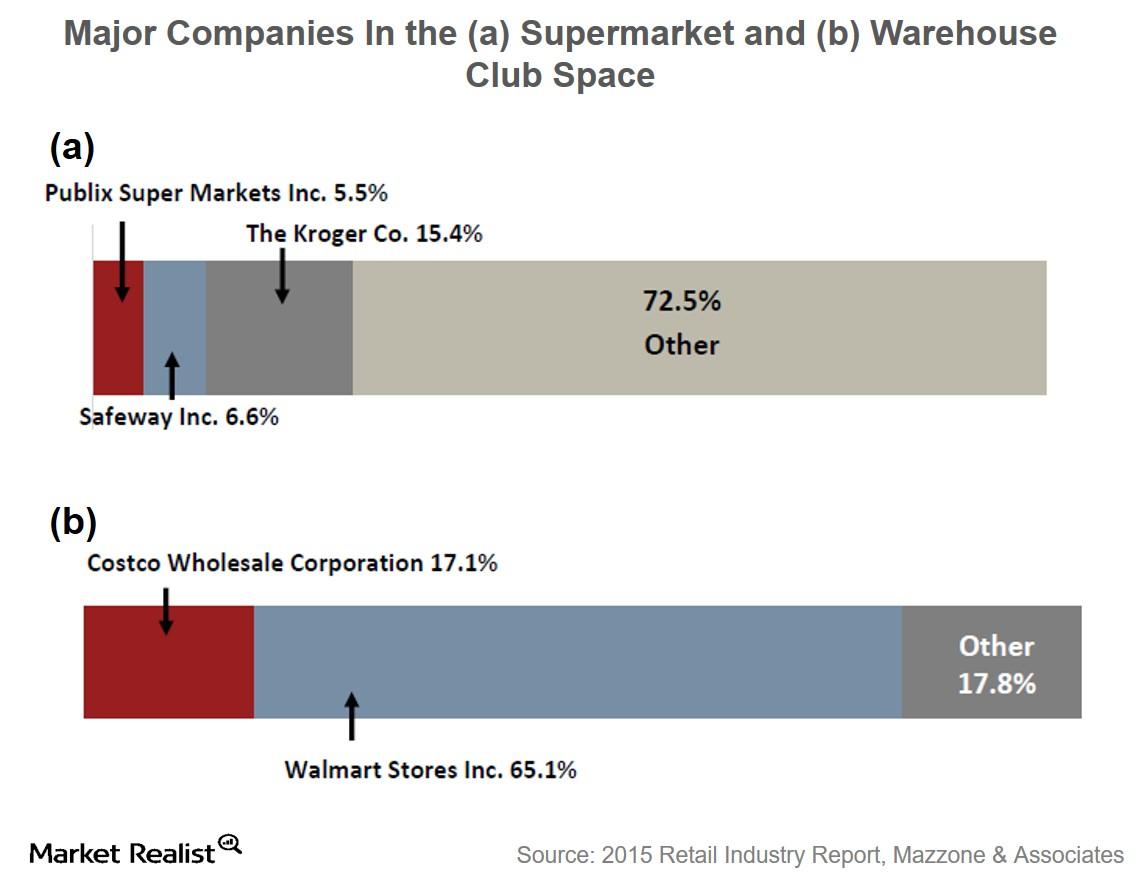 The supermarkets and grocery stores segment grew by 1.3% over the five years leading up to 2015, while warehouse retailers saw growth of 3.5%.

Consumers are increasingly moving toward warehouse clubs because they offer a variety of items such as clothing and other accessories while also having a wide variety of perishables on offer.

In addition to the convenience offered, these mass merchandisers sell their products at lower prices than can be found in grocery stores due to their large scales of operation.

On the other hand, the warehouse club and supercenter retailers segment is dominated by two major players, Costco (COST) and Walmart (WMT), which account for approximately 82% of market share.

Positioning of SFS in the industry

Smart & Final Stores (SFS) is part supermarket and part warehouse. It’s a relatively small player in the overall retail food industry, with total revenue of $4 billion—0.6% of supermarkets’ total revenue. However, the company plans to expand its footprint in its existing and adjacent US markets.

Read on to the next section to learn about SFS’s current locations and expansion plans. The SPDR S&P Retail ETF (XRT) has 0.26% exposure to SFS, while the iShares Russell 2000 Value ETF (IWN) has 0.05% exposure to the company.