Burlington Stores (BURL) derives its revenue from the sale of value-priced apparel, coats, and family footwear, baby furniture, accessories, home décor, and gifts. The company also obtains rental income from certain arrangements, under which it allows unaffiliated third parties to sell their goods, primarily fragrances. In fiscal 2014, which ended for Burlington on January 31, 2015, the rental income from such arrangements was less than 1% of the company’s total revenue. 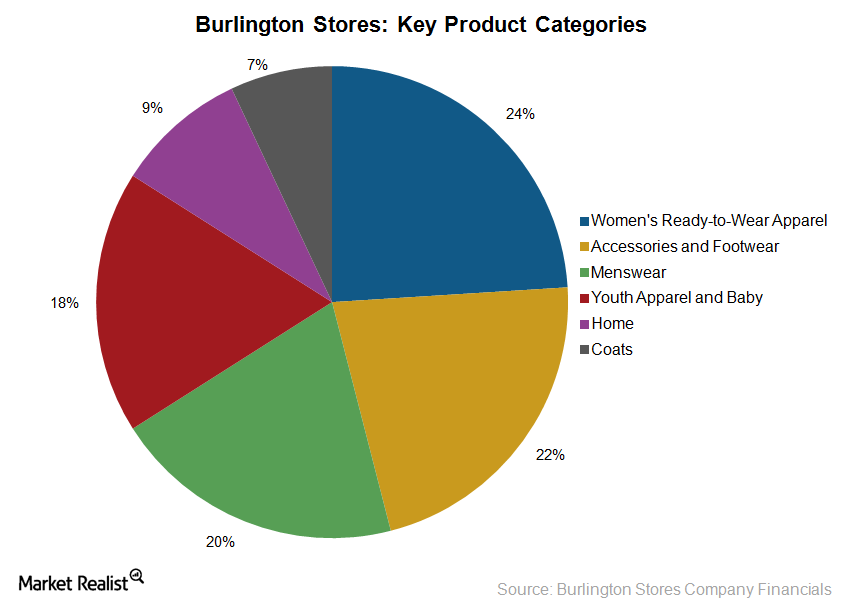 The company is well-known for its assortment of coats, which accounted for 7% of the fiscal 2014 revenue. Burlington Stores perceives its baby depot business and its coats business as key differentiators compared to other off-price retailers. Burlington Stores makes up 0.04% of the iShares Russell 2000 Value Index (IWN).

The key categories and their contribution to the peer group in the comparable fiscal year are as follows:

According to Burlington management, its core customer is the 25- to 49-year-old female demographic who resides in mid- to large-sized metropolitan areas and is brand conscious. This core customer seeks value deals on branded merchandise.

Since its initial public offering in late 2013, the company has focused on three strategic priorities, which include expansion of women’s apparel assortment, and certain other categories. We’ll discuss these categories in part six of this series, but first let’s take a look at Burlington’s growth strategies.