As we saw in the previous part of this series, Facebook’s (FB) expenses grew 82% in 2Q15. This was the result of the company investing heavily in certain initiatives and projects. In this part, we’ll look at Facebook’s key investment areas. The most important area is employee headcount. 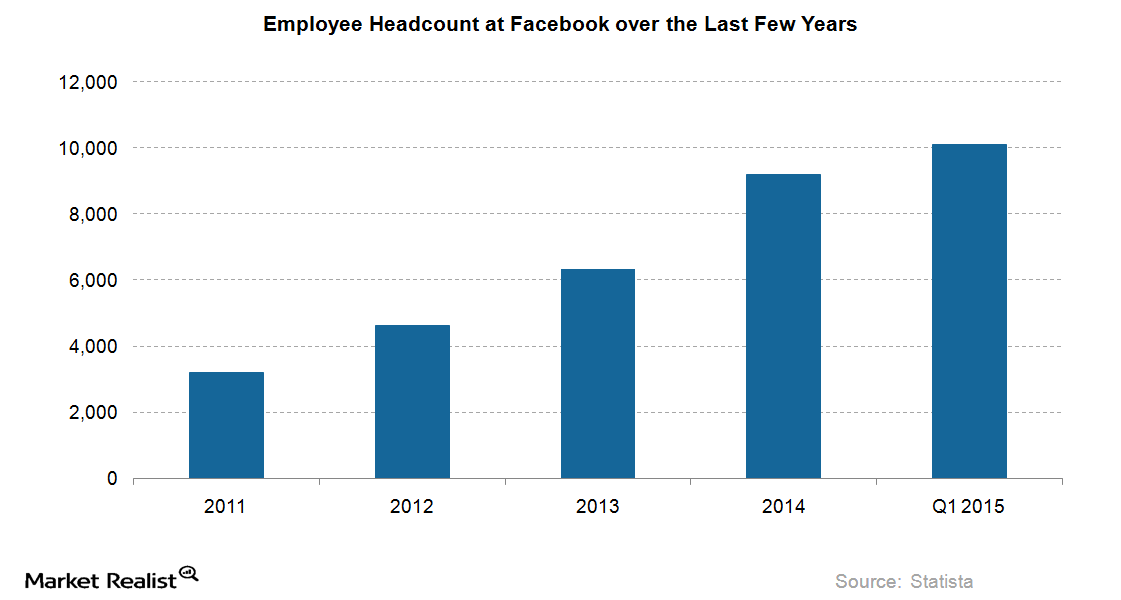 The number of Facebook employees has increased greatly in the last couple of years, as you can see in the above graph. The company has been hiring engineers aggressively, and its headcount reported at the end of March 2015 was 10,082. This is an increase of 48% compared to March 2014.

Facebook&#x2019;s interest is growing in the mobile ad market

Google’s (GOOG) AdMob and Yahoo!’s (YHOO) Flurry are similar to Audience Network and signal that competition is heating up in the mobile advertising market.

To get portfolio exposure to Facebook, you can consider investing in the PowerShares QQQ Trust, Series 1 ETF (QQQ).