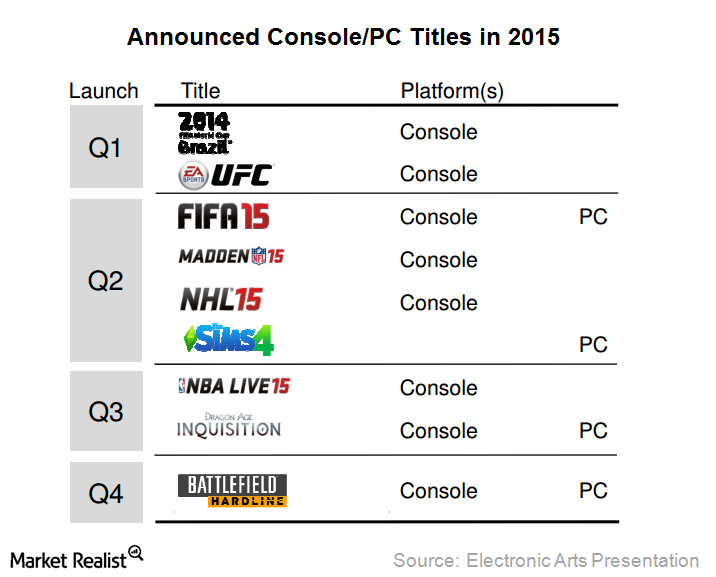 You can consider investing in the PowerShares QQQ Trust (QQQ) and the Technology Select SPDR (XLK) to gain exposure to Electronic Arts. EA makes up about 0.35% and 0.47% of these ETFs, respectively. The above image shows the announcement of new games on consoles and PC platforms in 2015.

Studios under the organization

BioWare created the free-to-play, multiplayer online game Star Wars: The Old Republic that we’ll discuss in a later part of this series.