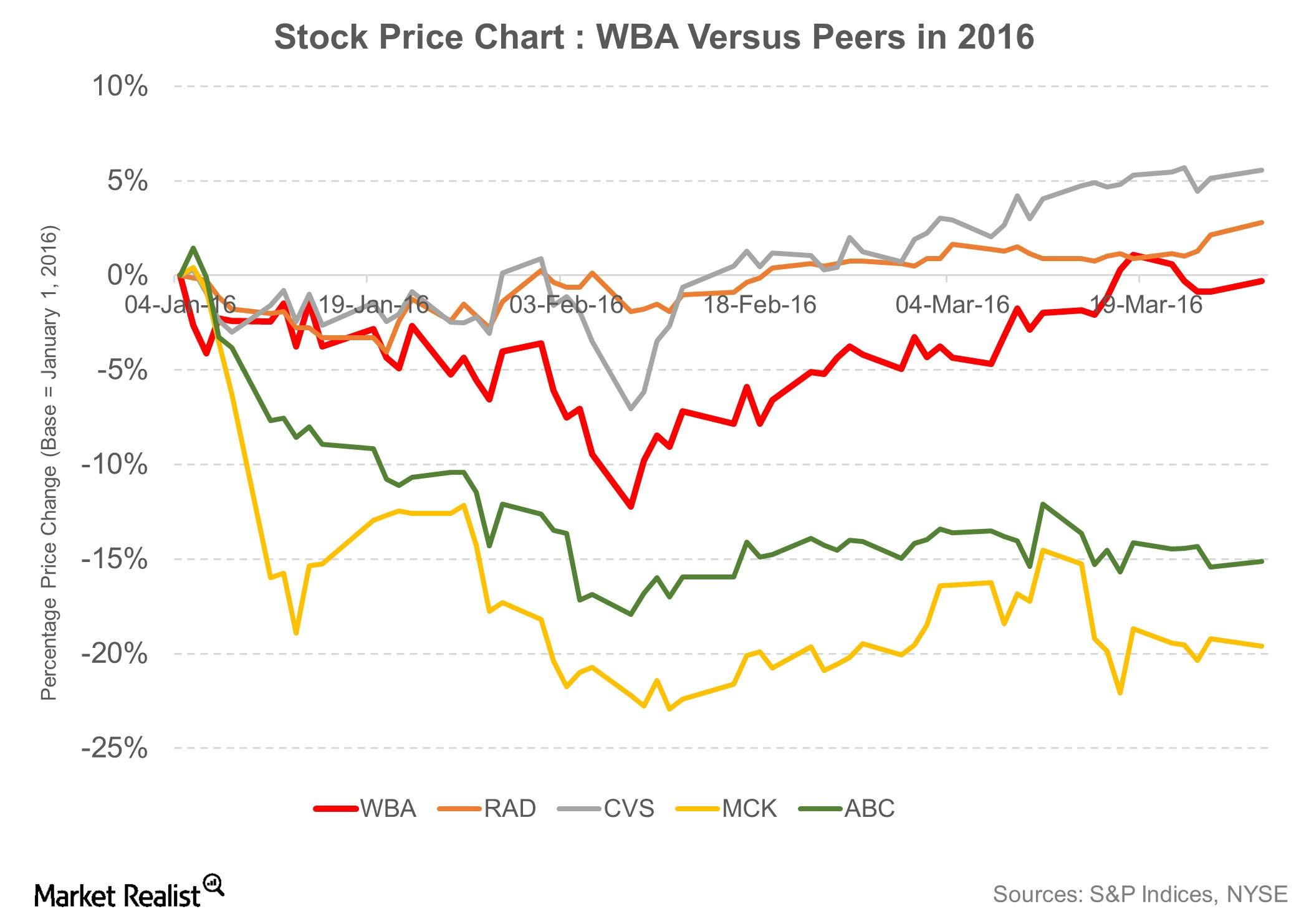 Rite Aid (RAD), WBA’s acquisition target, gained momentum after the deal was announced. The company had lost 20% of its value until October 26, 2015. However, after the deal announcement on October 27, the stock climbed 43%. The stock is up 2.8% YTD.

CVS Health (CVS), the largest drugstore chain by sales, has gained 5.6% to date during the current year while AmerisourceBergen Corporation’s (ABC), Walgreens’ medical distribution partner and one of the largest US pharmaceutical wholesalers, has lost more than 15% to date.

In fiscal 2015, WBA paid $1.4 billion in cash dividends. The company declared a quarterly dividend for 2Q16 of 36 cents per share, which is a 6.7% increase over the dividend last year.

The one-year forward dividend yield on WBA’s current stock price stands at 1.9% as of March 28, 2016. CVS Health’s dividend yield is slightly lower at 1.7%. Rite Aid does not offer any dividends.

WBA purchased $726 million worth of stock in fiscal 2015. The company, however, decided to suspend its share buyback program in order to finance the Rite Aid deal through the surplus cash.

ETF investors seeking to add exposure to WBA can consider the ProShares Ultra QQQ ETF (QLD), which invests 1.4% of its portfolio in WBA.

Continue reading to find out how WBA is currently valued and how its valuations compare to peers.