An introduction to Whole Foods

Incorporated in 1978, Whole Foods Market (WFM) is a grocer and retailer of natural and organic foods. With 433 stores across the United States, Canada, and the United Kingdom as of September 2015, the company has long been considered a synonym for organic and healthy food in the US. It held the top retailer position in the organic food space until Costco (COST) took the top spot in 2015.

Whole Foods Market derives its sales mostly from the US. In fiscal 2014, over 96% of the retailer’s sales were from the US. As of fiscal 2015, the average store size at Whole Foods was 38,000 square feet. Its stores offer grocery, food items, nutritional supplements, body care, and lifestyle products. The company has a special emphasis on perishable items, with more than 65% of its sales coming from perishables. Whole Foods has only one operating segment—natural and organic foods supermarkets. The company’s fiscal 2015 ended on September 27, 2015. 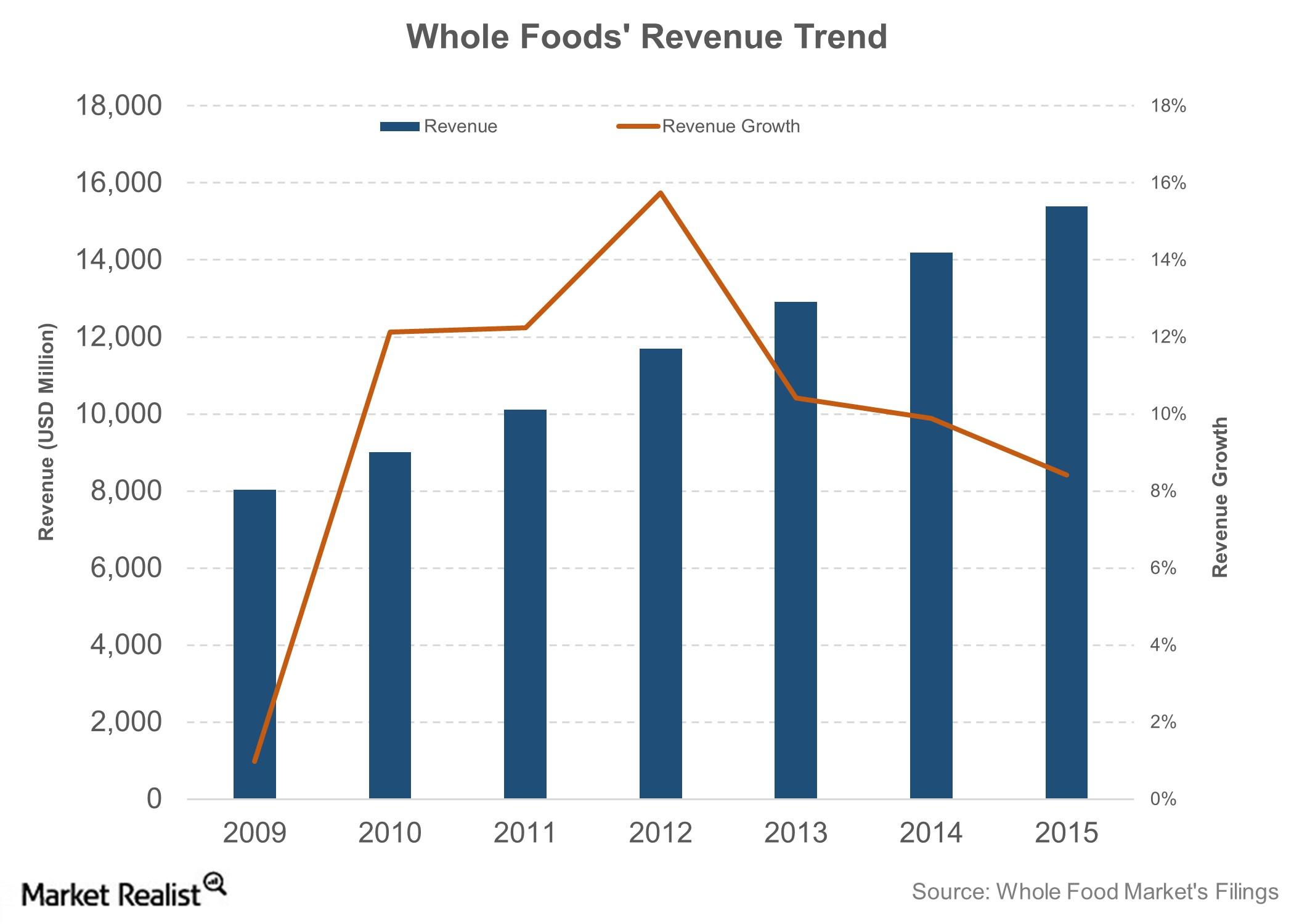 Until 2015, Whole Foods had dominated the US organic food market for almost the last 20 years. It now faces increasing competition from traditional supermarket chains such as Kroger Company (KR) and mass merchandisers like Costco Wholesale Corporation (COST) and Wal-Mart Stores (WMT), all of which have begun offering natural and organic foods at very competitive prices.

ETF exposures and what’s next

Continue to the next part of this series for an overview of Whole Foods’ investment and private label strategies.