JCPenney’s (JCP) disappointing performance in recent quarters has dragged its stock down 62.3% since the start of this year. The mid-tier department chain has been struggling in a highly competitive retail environment where online retailers are grabbing market share from brick-and-mortar players. 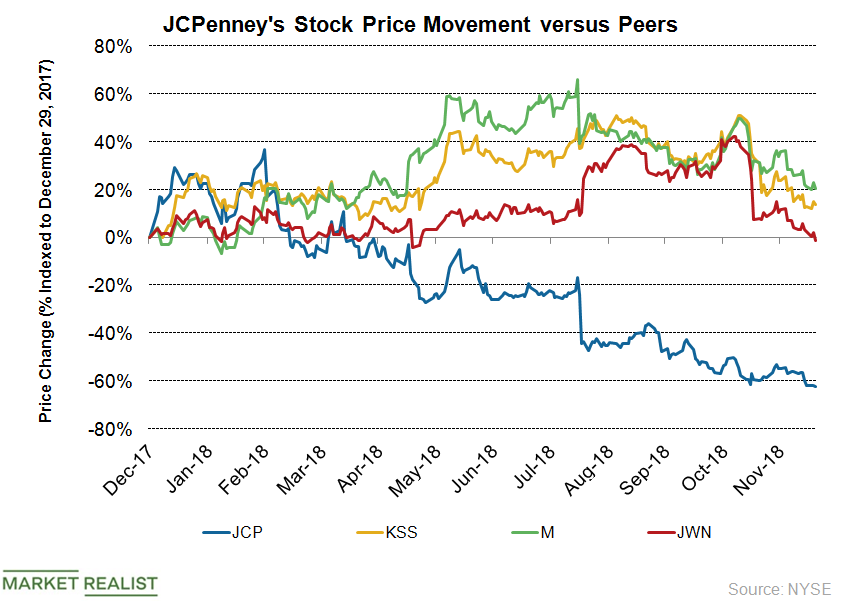 In the midst of troubles

While JCPenney was struggling to revamp its business, it faced additional hurdles in the form of the departure of key executives this year. Marvin Ellison resigned as JCPenney’s CEO effective June 1 to join home improvement retail firm Lowe’s (LOW), followed by the resignation of CFO Jeffrey Davis effective October 1. In October, JCPenney announced the appointment of its new CEO Jill Soltau but has yet to name a permanent CFO. Currently, Michael Fung is serving as the interim CFO of JCPenney.

JCPenney stock has declined 2.5% since the announcement of its third-quarter results in November. The company missed analysts’ revenue expectations for the third quarter and reported a fall in its gross and operating margins. The company’s adjusted loss per share also worsened on a year-over-year basis.

Following its third-quarter performance, JCPenney withdrew its fiscal 2018 earnings guidance so that the new CEO and interim CFO get additional time to understand the current situation and decide the future course of action. The company, however, is optimistic about generating positive free cash flow in fiscal 2018.

Next in this series, we’ll discuss analysts’ expectations for JCPenney’s revenue in the coming quarters.