In this series, we’ve discussed how IBM’s (IBM) z14 mainframe computer has been driving its Systems revenue growth in the last year. However, z14 growth could slow, as mainframe cycles typically show growth for four or five quarters. IBM is optimistic that its POWER9 multiprocessors will drive its Systems growth in the future. 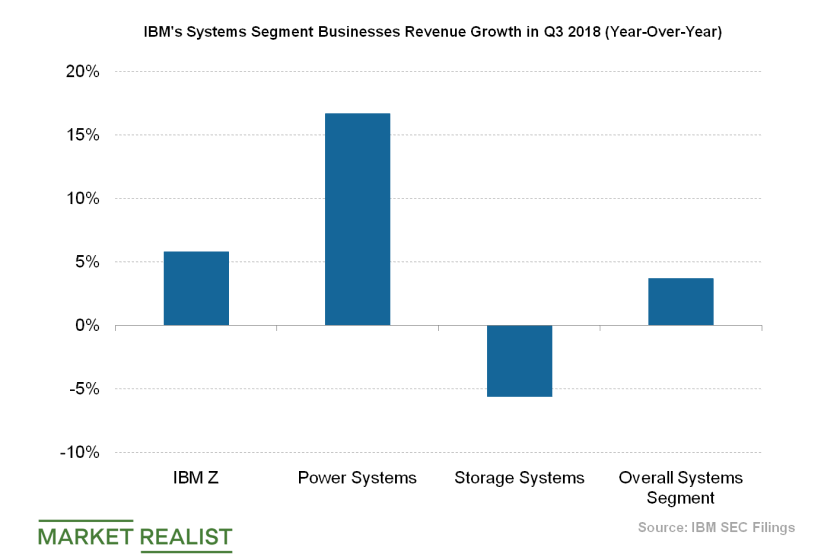 IBM is&#xA0;still far behind Intel in the server processor market

POWER9, a family of advanced multiprocessors based on IBM’s Power architecture, was launched in August 2016. The recently released next-generation POWER9 processors for mid- and high-end systems focus on AI and the cloud.

IBM’s Power processors were originally developed to power its servers. However, four years back, other companies were given the opportunity to develop their systems on Power architecture. IBM has partnered with NVIDIA (NVDA) and Google (GOOG) in this regard and has developed more than 100 solutions through such partnerships. Although IBM has made progress with its Power processors, along with AMD (AMD), it still trails Intel (INTC) in the x86 server architecture space.