IBM has launched some innovative products lately to boost its presence in the hybrid cloud market. About a year back, IBM released IBM Private Cloud, a product that allows companies to launch and integrate cloud applications within a hybrid cloud environment. IBM managed to win around 100 new clients for IBM Private Cloud in the last quarter alone, taking its total client wins to over 400. 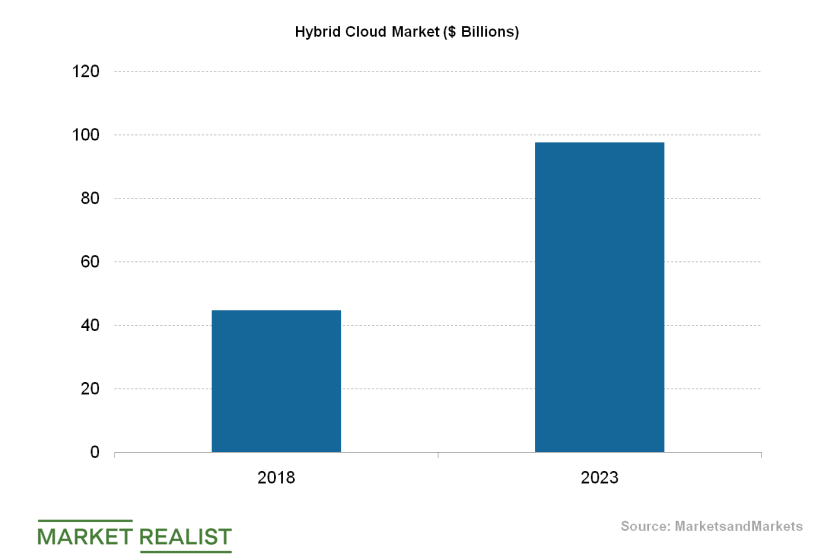 Competition for IBM growing in the hybrid cloud market