For fiscal 2Q16, Mead Johnson Nutrition Company (MJN) reported that its operating profit rose 10% compared to the prior year’s corresponding quarter to $230 million on a constant-currency basis. This excluded the impact of foreign exchange and other specified items. 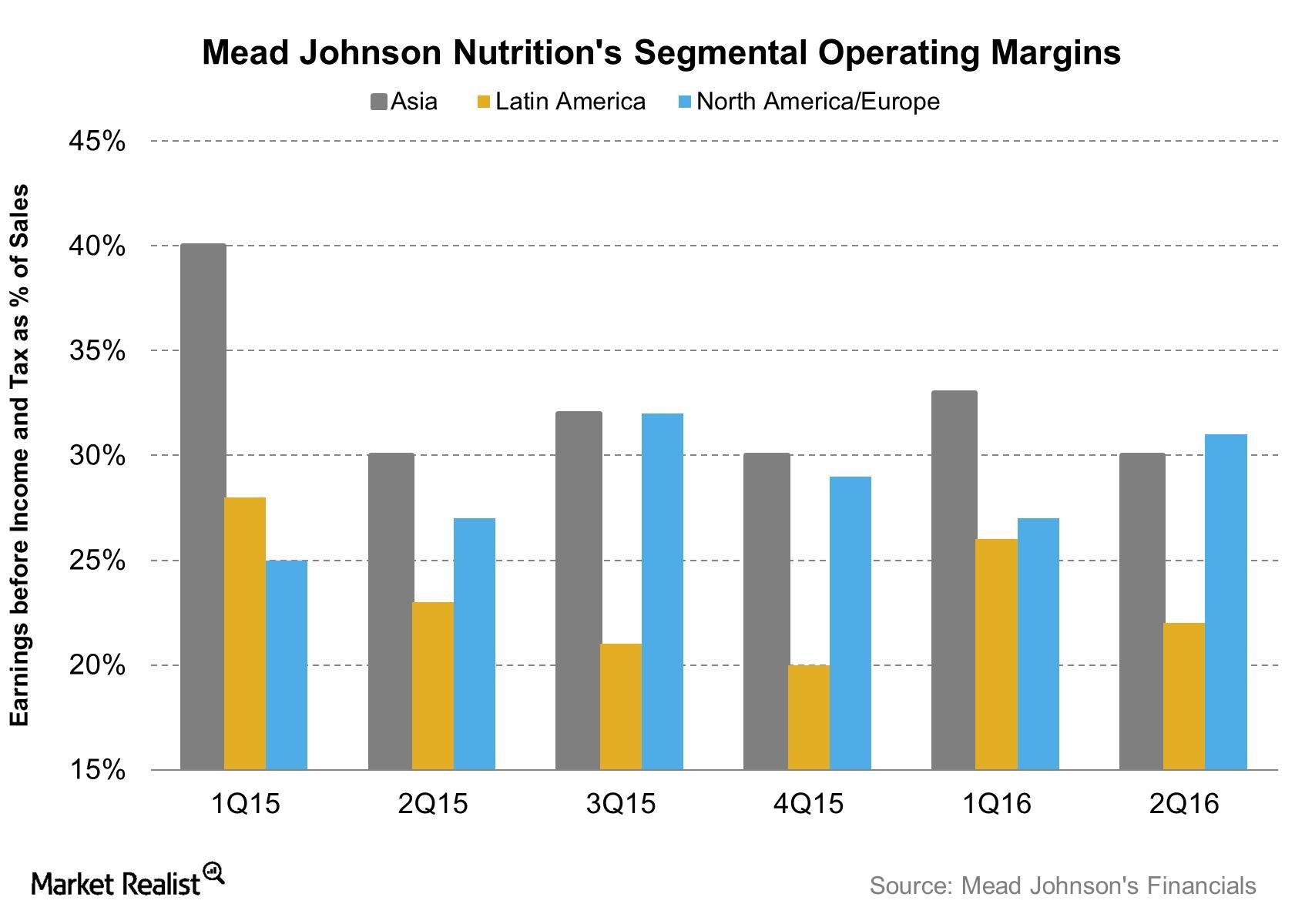 EBIT (earnings before interest and tax) on a reported basis rose 4% compared to 2Q15. There was an adverse impact of 4% from currency translation on EBIT. The North America/Europe and Asia segments contributed almost 61% to total operating profit for the quarter.

EBIT for Asia fell 4% on a constant-dollar basis. EBIT were mostly affected by an adverse impact from currency translation and lower sales. These negative impacts, however, were offset by lower dairy input costs and operating expenses. Latin America’s EBIT also declined by 7% on a constant-dollar basis because of lower sales and an adverse impact of foreign exchange, particularly for the Mexican peso. To some extent, the decline was offset by lower operating expenses.

The North America/Europe segment’s EBIT increased 21% on a constant-dollar basis. Despite lower sales, gross margin benefits and reduced operating expenses led to the increase in EBIT.

In the next part of this series, we’ll discuss Mead Johnson Nutrition’s earnings in 2Q16.