Benefits of T-Mobile Binge On

At the recent J.P. Morgan Global Technology, Media, and Telecom Conference, J. Braxton Carter, T-Mobile’s (TMUS) chief financial officer and executive vice president, talked about the company’s Binge On offering. Carter said, “We introduced a concept of whitelisting video open to anybody who would want to come in and partner with us under the construct of providing video optimized at 480p.” The services offered on Binge On include Netflix (NFLX), Alphabet’s (GOOG) (GOOGL) YouTube, DIRECTV (DTV), and Amazon (AMZN) video. 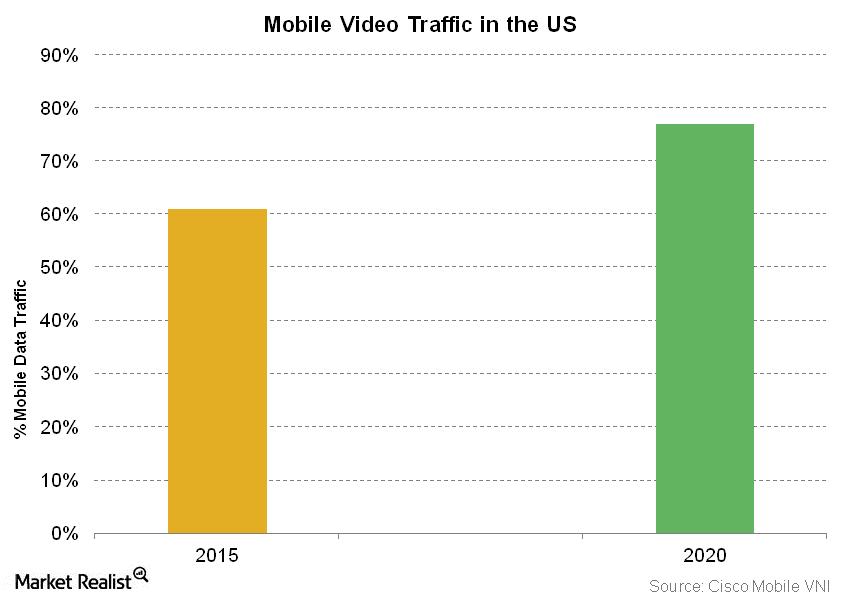 He added, “At the same time, we did a price increase on all of our data buckets across the board.” He highlighted, “But what really made the business case work is the optimization of video at 480p. And we saw an immediate 13% decrease in the payload on our network associated with taking video and optimizing it down to 480p.” This is significant considering that the majority of mobile data traffic comes from video, and this traffic is expected to grow robustly in the medium term.

In the next part of this series, we’ll look at T-Mobile’s spectrum deal with AT&T.