Based on Lululemon Athletica’s (LULU) healthy sales performance in fiscal 1Q17, the company has raised its sales and earnings per share (or EPS) outlook for the year. LULU expects to generate net revenue of between ~$2.31 billion–$2.35 billion in fiscal 2017, putting its expected revenue growth (IWF) rates at 11.9%–13.8% for the year.

In fiscal 2Q17, LULU’s revenue guidance ranges between $505 million–$515 million, implying growth in its top line of 11.5%–13.7%. Same-store sales growth in the mid-single digits is expected in constant-currency terms for fiscal 2Q17 and fiscal 2017. 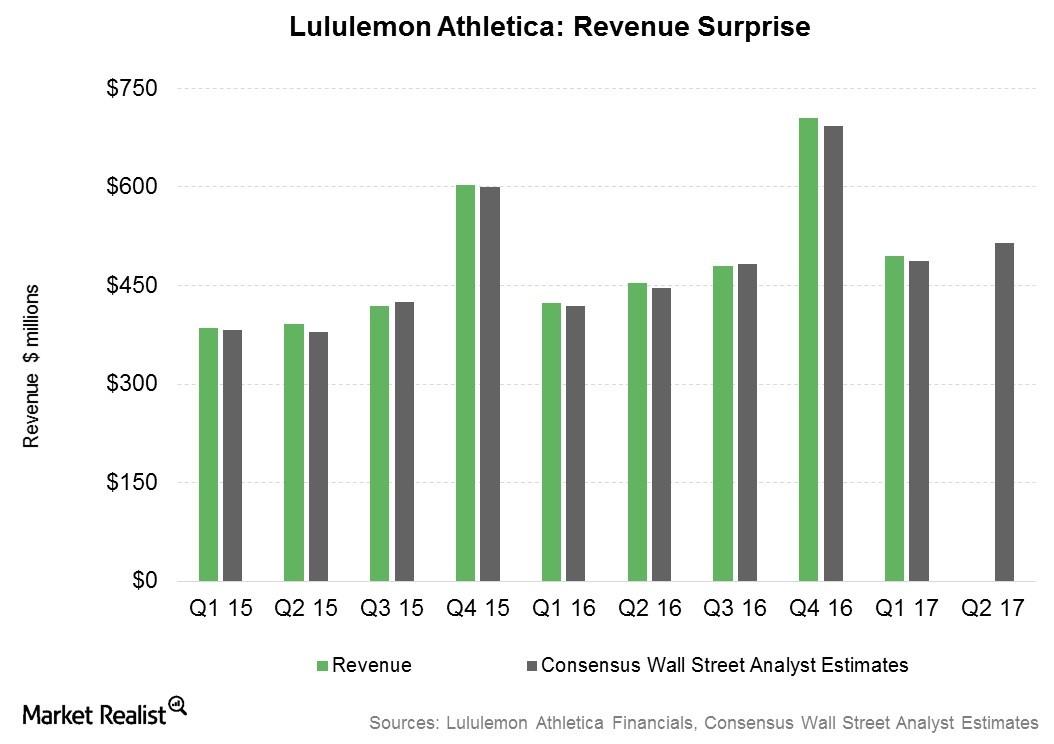 As we learned in Part 2 of this series, Lululemon’s sales growth in fiscal 1Q16 has been strong, beating the company’s guidance range of $483 million–$488 million. In the coming quarters, LULU stores are likely to have fresher inventory compared to fiscal 2016. The company also expects to relaunch its tops wall later in the year.

With LULU’s strong reported performance in key overseas markets, these factors could provide a sales boost. However, traffic trends could remain concerning, particularly in view of Under Armour’s (UA) new premium sportswear line slated for launch in 2016.

Lululemon’s activewear rivals Nike (NKE) and VF Corporation (VFC) are larger, and the growth projections for their top lines were more muted. Plus, both NKE and VFC have significantly higher exposure to international markets, compared to LULU.