Yellen’s comments on a rate hike in June 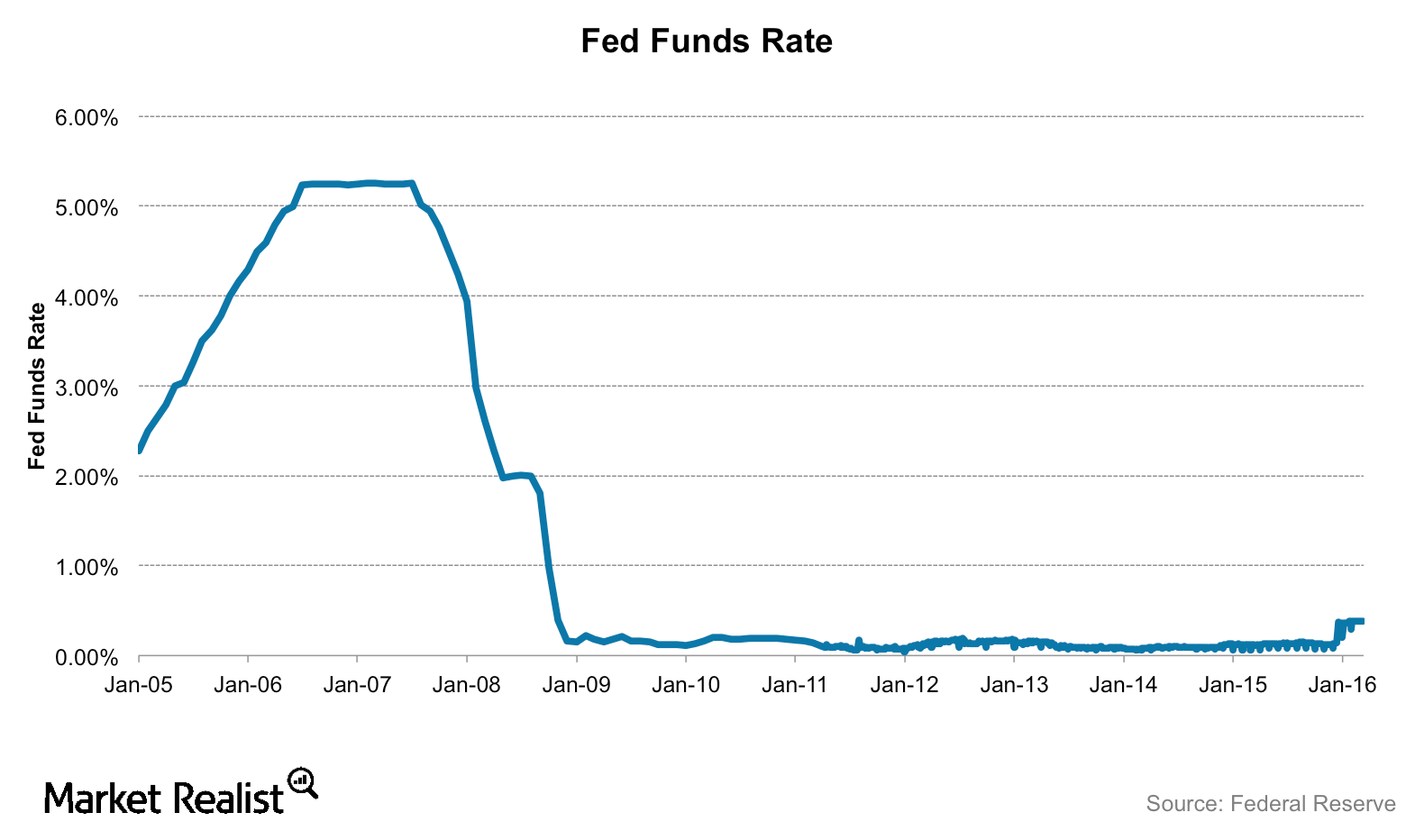 Although economic growth was weak at the beginning of the year, it seems to be picking up. The government’s initial estimate of first-quarter economic activity, released in late April, showed an annual growth rate of 0.5%. Last Friday, the US Department of Commerce revised its growth estimates for 1Q16 to 0.8%, driven primarily by better inventories and housing-related data. The third and final estimate for growth will be released on June 28. For the second quarter, most experts forecast that the pace will pick up to about 2.5%.

Probability of a rate hike in June rises to 26%

The probability of a rate hike at the June meeting has been rising since the Fed released minutes from its April meeting. The minutes indicate that Fed officials believe that a rate hike could be appropriate in June if there is economic data supporting it. The Fed’s hawkish tone and repeated references to a June rate hike were unexpected by market participants. A week before the release of the April 2016 minutes, the probability of a June rate hike was 4%. As of May 20, that probability had jumped to 26.3%.

While markets have seen mixed reactions to the Fed’s comments on a rate hike, the financial sector (XLF) has reasons to rejoice. Big banks such as Bank of America (BAC) and Wells Fargo (WFC) have considerable interest rate exposure and are likely to gain from any rate hike. Furthermore, insurance providers Prudential (PRU) and American International Group (AIG) also stand to benefit from their investments in bonds. In this series, we’ll study how a rate hike impacts financial services. Read on to the next part to find out why banks gain from a rate hike.