AT&T (T) has been boosting its broadband proposition with AT&T GigaPower. According to the FCC (Federal Communications Commission), during the approval process for the DIRECTV (DTV) acquisition, AT&T committed to 12.5 million locations for its FTTP (fiber-to-the-premises) service by the end of 2019.

AT&T acquired DIRECTV, the satellite TV provider, in July 2015. The telecom company’s targeted expansion of GigaPower is going as planned. 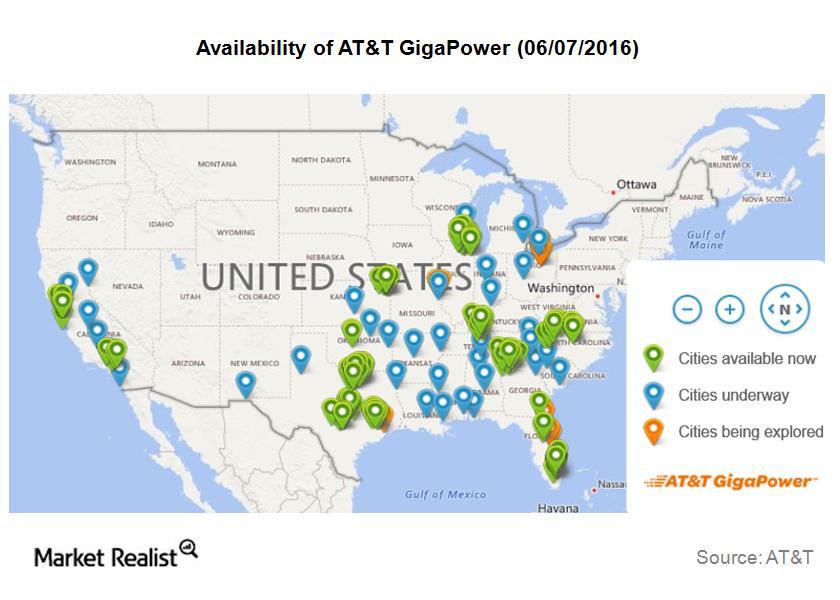 Krish Prabhu, Chief Technology Officer and President of AT&T Labs, spoke about this at the recent Cowen and Company Technology, Media, & Telecom Conference. Prabhu stated that the “momentum in our rollout is pretty good. We feel in the same time period, we should be more like 14 million locations, even though our commitment was 12.5 million locations. There are some restrictions. These are all documented in the FCC commitments. But I think it’s fair to say that the program is on track and we feel very confident about the maturity of the technology and the economics.”

AT&T GigaPower is similar to Verizon (VZ) Fios. GigaPower is capable of providing internet speeds of a maximum of 1 Gbps (gigabits per second), which is subject to conditions. For Fios, the maximum symmetrical internet speeds are 500 Mbps (megabits per second), according to the company. These 100% fiber-based services provide the telecom players with the ability to compete effectively with cable players such as, but not limited to, Charter Communications (CHTR) and Comcast (CMCSA).

For diversified exposure to telecom players in the US, you might consider investing in the SPDR S&P 500 ETF (SPY). The ETF held a total of ~2.7% in AT&T, Verizon, CenturyLink (CTL), Level 3 Communications (LVLT), and Frontier Communications (FTR) at the end of May 2016.