FIFA and Need for Speed popular in Asian markets

One of the most popular gaming franchises for Electronic Arts (EA) has been the FIFA series. In 2004 and 2005, it was a $200 million business. The game was popular mainly in European countries such as the UK and Germany. The United States and Asian markets such as China (FXI) were not popular markets for EA’s FIFA. 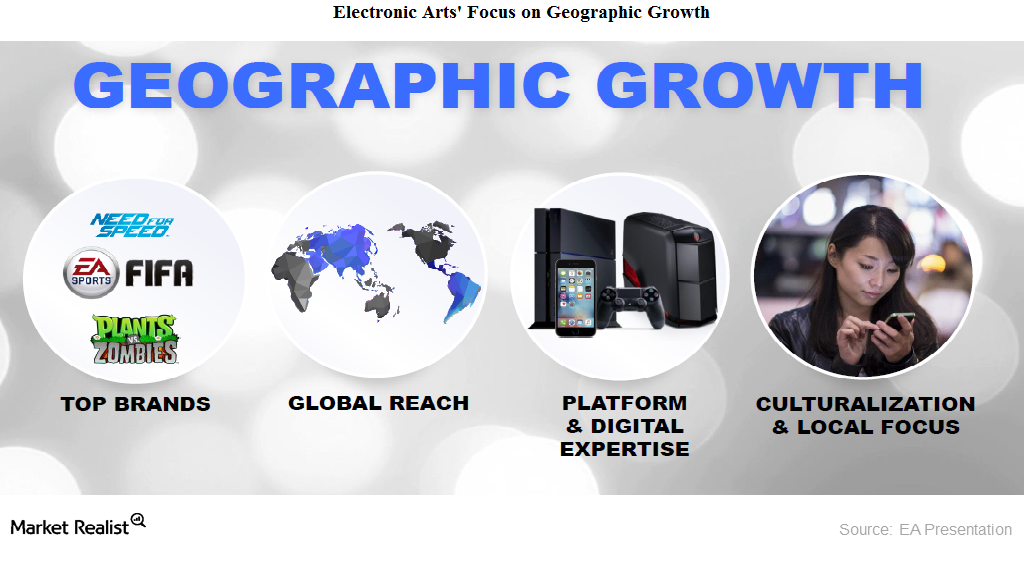 The management of Electronic Arts noted that it planned to take FIFA “into every country on the planet.” EA also acquired licensed content from Poland, South Korea, Greece, China, South America, and Japan. The company localized the game into more than 17 languages and started to deliver through business models such as FIFA Online on the PC and free-to-play in Korea (EWY).

The CEO of EA, Andrew Wilson, believes that China will continue to grow around soccer. The Need for Speed franchise also resonates well with the Chinese population.

Focus on player engagement in the digital world

As millions of players are playing games online, the digital space is set for exponential growth over the next few years. Electronic Arts and other gaming companies such as Activision (ATVI) and Zynga (ZNGA) will look to penetrate into the growing Asian markets such as China, Korea, and India (EPI) to benefit from this growth.

Wilson stated, “I think we have the best talent in the industry. I think we have the deepest portfolio of IP both now and in development. I think we have taken the time to invest in core technology, both as a digital platform level and as an engine level. And we have reoriented the company away from unit sold to hours spent. And what I hope you get today is a deeper understanding of that transformation.”