As a large industrial conglomerate, GE’s performance relates to the performance of the macroeconomy. So you could say it’s cyclical in nature. The company’s earnings are both positively and negatively impacted in different business environments. Its earnings are good indicators of its business value. That’s why industrial stocks are generally valued on the basis of their earnings per share.

Shares of General Electric (GE) currently trade at a price-to-earnings value of 29.6x (12-month trailing earnings). This valuation isn’t cheap compared to GE’s peers and the industrial sector. The average price-to-earnings multiple for industrials companies in XLI is 15.68x. 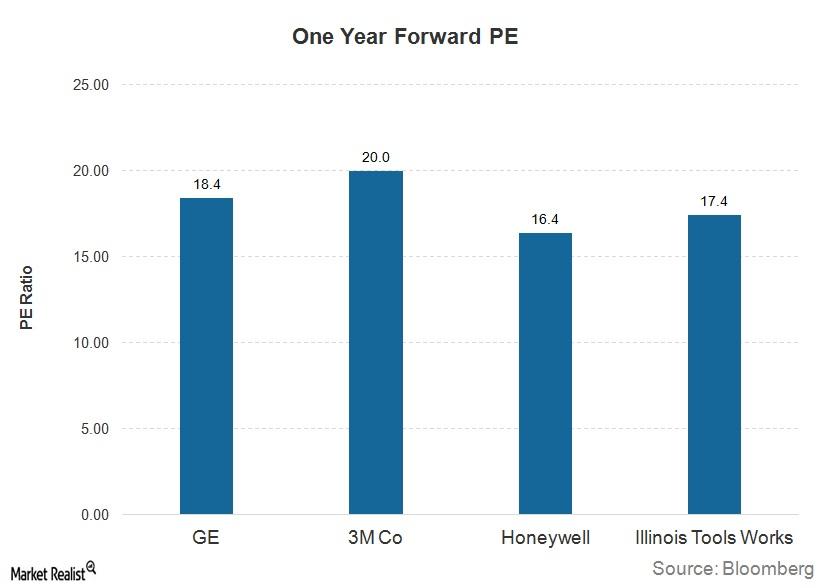 GE is nearly at par with its peers. GE’s business model is difficult to replicate since it has specific entry barriers. First mover advantage and technology are the key differentiators compared to its peers, giving GE a major competitive advantage. GE, a large industrial conglomerate, currently trades at par valuations compared to its peers—unlike last quarter. With a robust EPS outlook for fiscal 2016, GE is attractively placed among industrial conglomerates.

In the next part of this series, we’ll cover analyst recommendations for GE.