In terms of its customer base, Sprint (S) ranked as the fourth-largest US wireless player at the end of 1Q16. The top two players are Verizon (VZ) and AT&T (T), and the third largest is T-Mobile (TMUS). 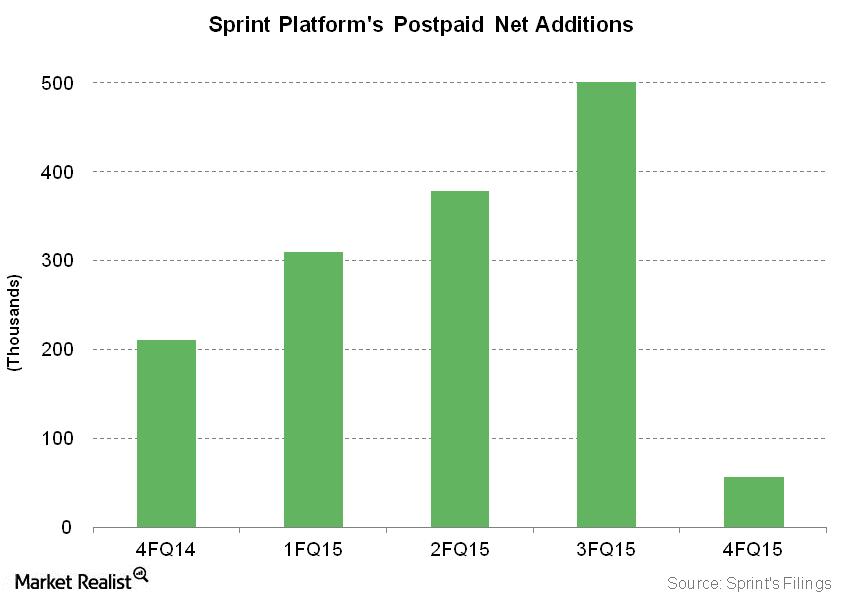 Robbiati noted, “First, really make sure that we focus on the right type of customer acquisitions. It’s easy to grow your subscribers if you want to grow this with very low ARPU/APU machine-to-machine type of connections. That’s not what we intend to do. If you focus on handset gross adds and handset net adds, this is where the value is.”

He added, “And number two, really important to start to differentiate and segment the customer basis. We continue to focus on the prime credits type of customer and we do see some upside also in the subprime, provided that we manage the risk attached with subprime.”

Fiscal 4Q15 was the third consecutive quarter that Sprint had phone net additions instead of losses in the category. Phone users, particularly smartphone users, are sought-after customers by wireless carriers. Users of smartphones such as Apple’s (AAPL) iPhones and Google’s (GOOG) (GOOGL) Android phones tend to use more data.

For diversified exposure to some telecom players in the US, you may consider the SPDR S&P 500 ETF (SPY). This ETF held a total of ~2.7% in AT&T (T), Verizon (VZ), CenturyLink (CTL), Frontier Communications (FTR), and Level 3 Communications (LVLT) at the end of April 2016.