PulteGroup has been a chronic under-performer

In 2010, PulteGroup (PHM) initiated a value-creation strategy in order to improve its relative performance compared to peers. Over time, Pulte has lifted its gross margins and improved revenues. However, the stock has still lagged its peers, especially the S&P SPDR Homebuilder ETF (XHB). Founder and largest shareholder William Pulte has had enough and has launched a public campaign to remove CEO Richard Dugas and Lead Director Jim Postl. 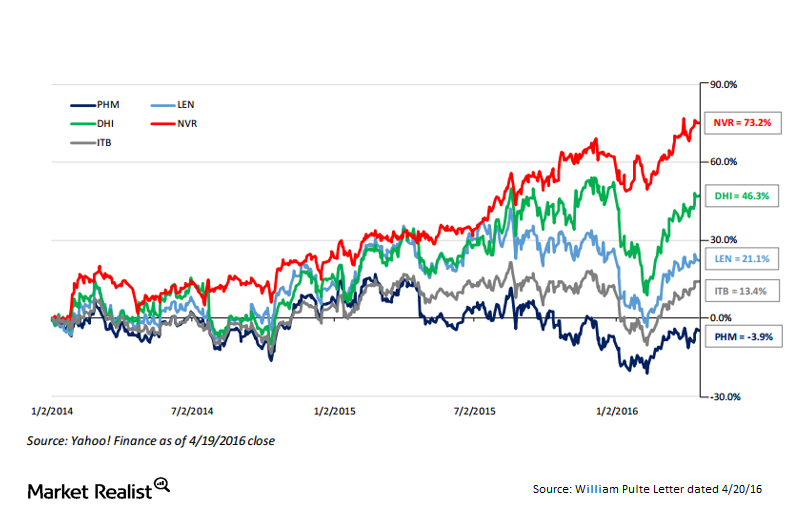 William Pulte has launched a website, www.fixpultegroupnow.com, that lays out the case for why CEO Richard Dugas should be forced to resign. Dugas has informed the Board of Directors that he intends to retire in about a year. However, William Pulte would like him gone sooner.

In his latest letter, dated April 20, 2016, William Pulte expressed disappointment with some Pulte initiatives, including the merger with Centex, which hasn’t worked out as hoped. William Pulte notes the underperformance of Pulte compared to industry peers, including NVR (NVR), Lennar (LEN), and D.R. Horton (DHI). His main concerns include the following.