Hess Corporation’s (HES) net debt-to-EBITDA (earnings before interest, tax, depreciation, and amortization) was well under 1x between 4Q13–4Q14. In 2015, however, its net debt-to-EBITDA multiple started increasing along with its net debt in the first two quarters of 2015. While net debt fell in late 2015, lower EBITDA levels continued to push the multiple higher in 4Q15. 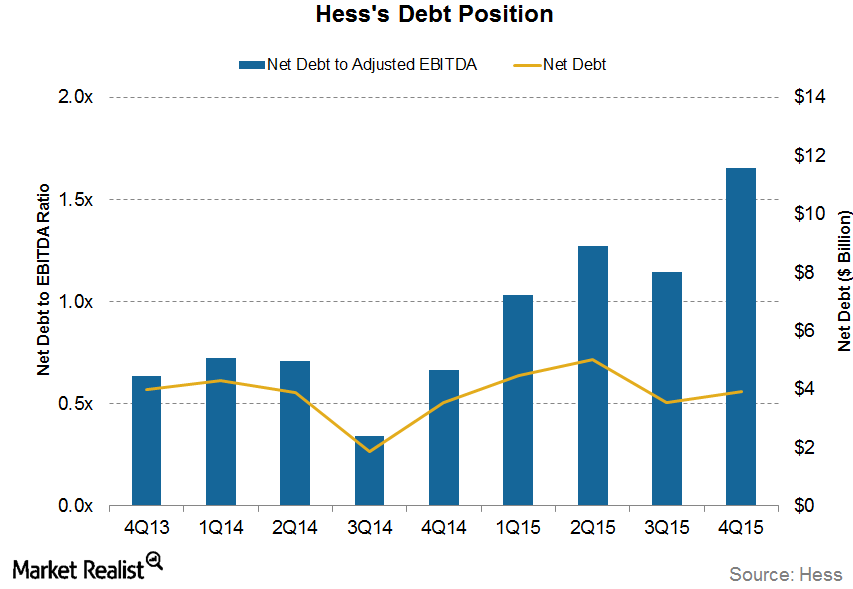 Hess Corporation (HES) noted that it had $2.7 billion in cash and cash equivalents as of December 31, 2015. It also has $4 billion from an unused revolving credit facility.

Continue on to the next part to read about Hess’s free cash flow trends.