Climate and Industrial contributed 77% and 23%, respectively, to the company’s consolidated revenue in 2015. 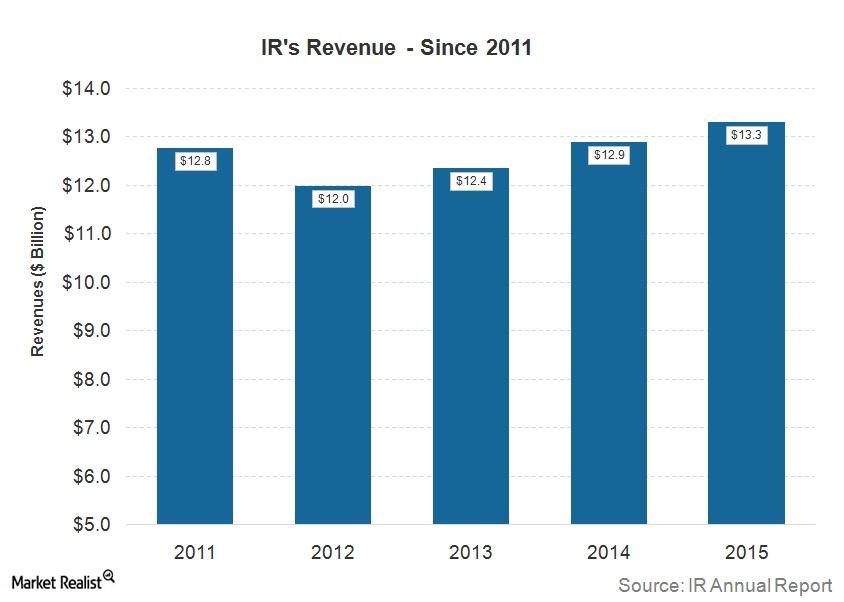 The Climate and Industrial segments contributed 78% and 22%, respectively, to the company’s consolidated operating profit for 2015. 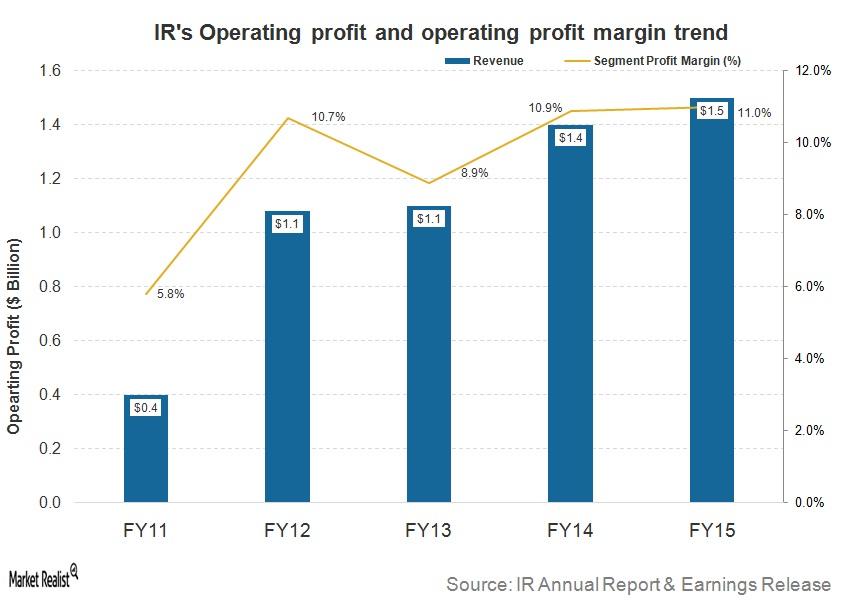 We’ve seen steady improvement in Ingersoll Rand’s operating margins for the last few years. This is due to higher operational efficiency coupled with organic growth.

IR is part of the Guggenheim Mid-Cap Core ETF (CZA) and accounts for 2.0% of its total holdings. Investors in CZA could benefit if IR continues to deliver operational excellence and surpasses targets set for 2016. Viacom (VIA) and DTE Energy Holding (DTE) are among CZA’s top ten holdings and account for 2.8% and 2.3%, respectively.