Nonalcoholic beverage companies continue to spend substantial amounts on the advertising of their products to revive the sales of soda beverages and also to boost the sales of nonsparkling beverages. 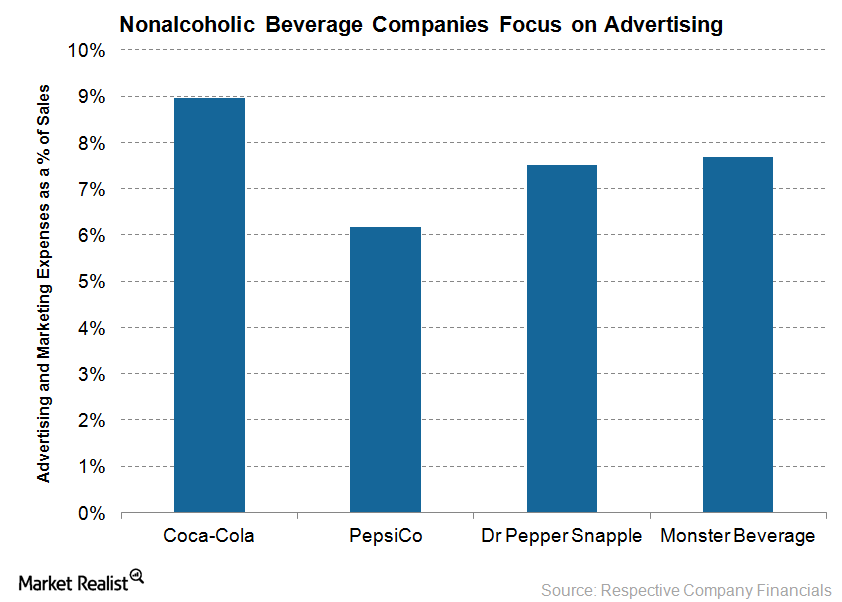 Leading energy drinks maker Monster Beverage often targets millennial consumers by associating itself with adventure sports. The X Games, the Ultimate Fighting Championship, and drag racing are some of the events that the company has been associated with in recent times.

These companies are also drawing consumer attention through packaging innovations. On March 10, 2016, Dr Pepper Snapple announced that it would commence its Pick Your Pepper campaign in June by releasing hundreds of unique label designs on 20-ounce bottles of Dr Pepper. The company has also partnered with the upcoming superhero movie Batman v Superman: Dawn of Justice to boost the sales of its flagship Dr Pepper brand.