Gross margin expanded yet again: What caused it?

General Mills (GIS) maintained its strong margin discipline yet again in fiscal 3Q16 through its cost-savings initiatives. The adjusted gross margin improved by 160 basis points to 34.8%, as compared to 33.2% in fiscal 3Q15. It excluded mark-to-market effects and certain other items affecting comparability. 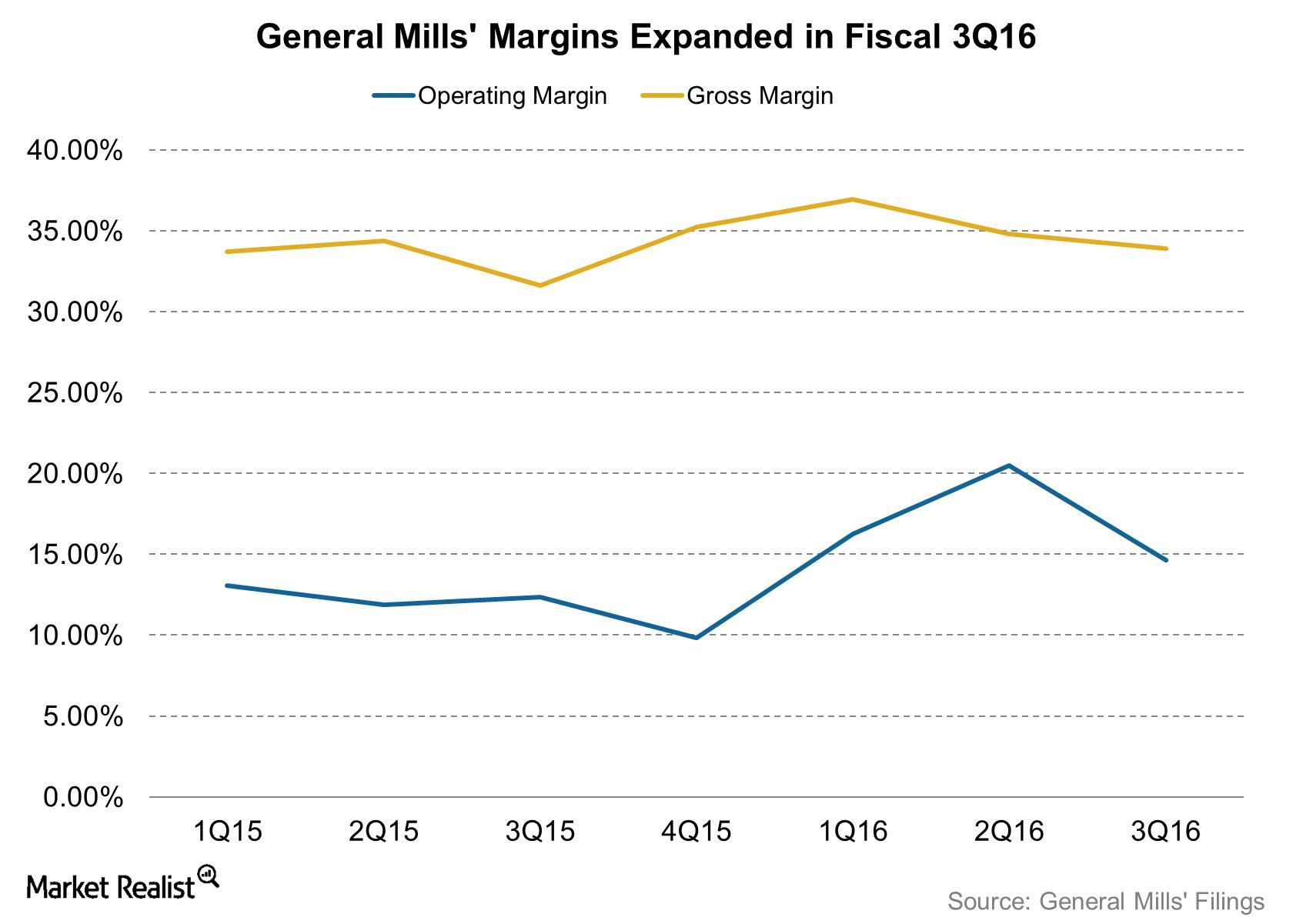 For fiscal 4Q16, General Mills (GIS) projects its adjusted gross margin to be below last year’s comparable period. This was due to the highest quarterly inflation rate, which was lower a year ago. For fiscal 2016, the company expects its gross margin to expand by ~100 basis points, reflecting the low input cost inflation of 1%.

General Mills displayed a fifth consecutive quarter of operating margin expansion. The adjusted operating profit margin increased by 60 basis points to 15.9% compared to 15.3% in fiscal 3Q15. The total operating profit for the company totaled $586 million, up by 9.1% year-over-year.

On a constant currency basis, segment operating profit was down by a modest 1% to $679 million. This was due to the company’s cost-savings effort, which balanced the impact of the Green Giant sale.