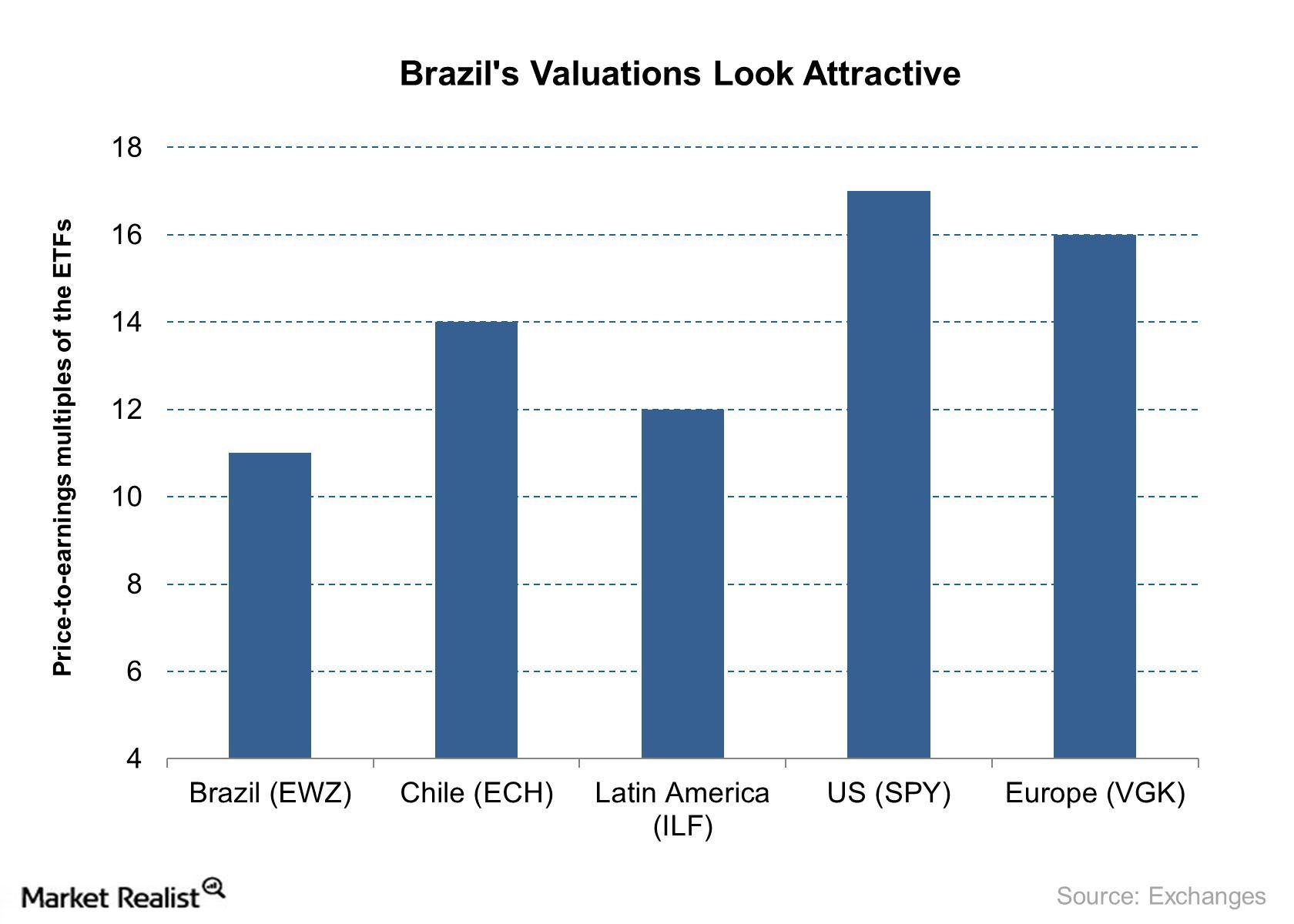 Brazil has been outperforming the developed economies (EFA) and other commodity-exporting countries. The iShares MSCI Brazil Capped (EWZ) recovered nearly 55% since January 21, 2016, to March 21, 2016. The developed market ETF (EFA), the VanEck Vectors Russia ETF (RSX), and the iShares MSCI Chile (ECH) recovered 9.5%, 34.5%, and 30%, respectively, during the same period. Major commodity producers in Brazil such as Petrobras (PBR), Gerdau (GGB), and Vale (VALE) got a boost from the reversal of the commodity prices. Now, we’ll just have a look at valuations of the different economies.