The industrial production, an indicator of economic health, was estimated by economists to be at 5.6% in January and February. However, it fell to meet the Market’s expectation. Sluggish domestic demand was the main reason behind this performance. 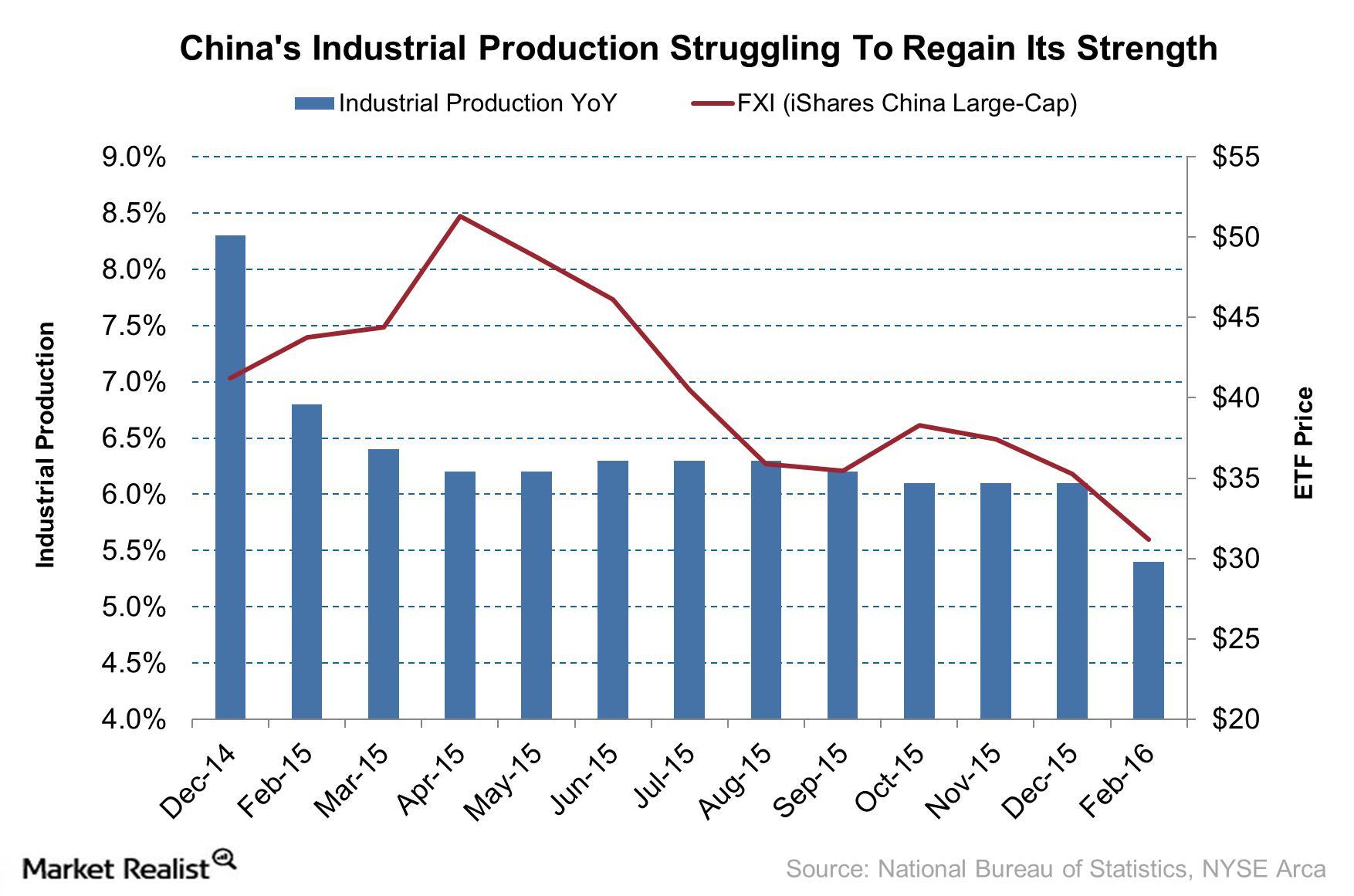 The PBoC (People’s Bank of China) cut China’s reserve requirement ratio by 50 basis points on February 29, 2016, to boost its economic activity. Major US (IVV) (VOO) commodity exporting stocks such as Freeport-McMoRan (FCX), Alcoa (AA), and Nucor (NUE) had a strong rally at that time. There’s tremendous speculation that there will be more steps from the PBoC to boost the economic growth in the region. Ultimately, this will raise the domestic demand in the country. If the speculations come true, then we could expect a rise in industrial production in the near future. The iShares China Large-Cap ETF (FXI) rose by 10.5% over a month.

In the next part of this series, we’ll analyze the performance of India’s industrial production.