Xcel Energy (XEL) reported revenues of $2.6 billion in 4Q15 against $2.9 billion in 4Q14. This was a fall of ~12% in revenues year-over-year. Management blamed negative weather that led to lower usage per customer. 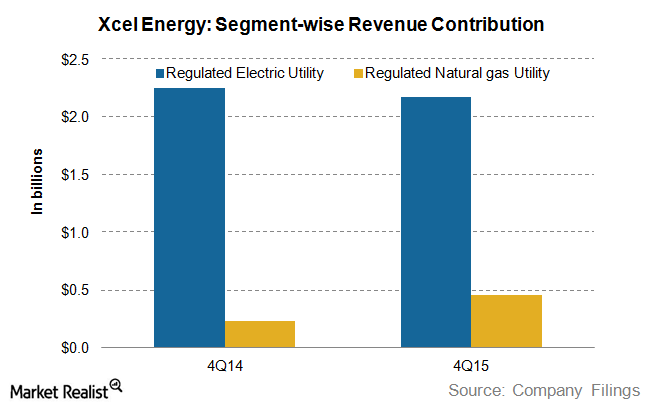 Xcel Energy witnessed higher temperatures in its principal operational zones like Texas and Minnesota during the entire fourth quarter of 2015. Heating degree days were down by 14% during the quarter compared to 4Q14, which negatively impacted the usage per customer. Sales in commercial and industrial customer categories were also down due to reduced load.

Lower sales during the quarter were partially offset by customer base growth. Xcel’s service territories experienced healthy economic growth, which boosted customer accounts. The unemployment rate in Xcel’s operational areas remained at 3.4% while the national average stood at 5%. Its customer base grew by 1% during the quarter. Xcel expects sales growth of 0.5% to 1% in 2016.

Utility (FXU)(VPU) peers like MDU Resources (MDU) and American Electric Power (AEP) have a noteworthy presence in Minnesota and Texas. AEP reported 4Q15 results on January 28 while MDU is to report on February 3, 2016. Unfavorable weather may also dent MDU’s earnings in 4Q15.