The largest utility in the US by market capitalization, Duke Energy (DUK) reported its 4Q15 results on February 18, 2016. Duke Energy missed analysts’ estimates and reported earnings per share (or EPS) of $0.87 in 4Q15. For the same quarter last year, Duke earned $0.86 per share. 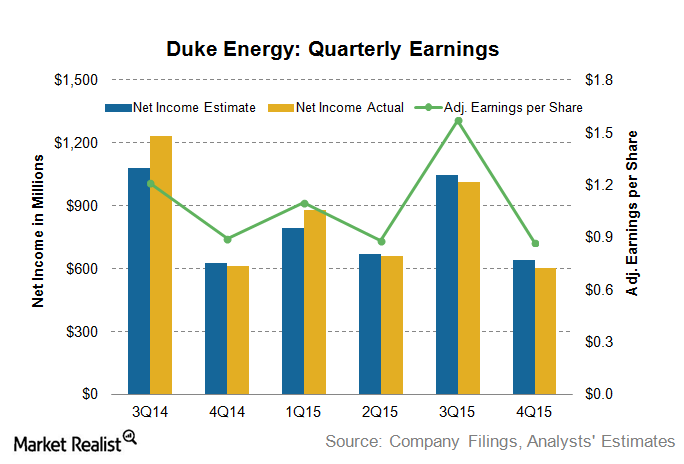 Duke’s earnings from its International Energy operations stayed flat for 4Q15 compared to 4Q14. Stronger results from lower purchased power costs were partially offset by a stronger dollar. Duke is looking to sell its Latin American arm due to its consistently poor performance.

A stronger dollar is making a negative impact on the companies that have heavy international exposure. Similar to Duke, PPL Corporation (PPL) and AES Corporation (AES) have a significant exposure to offshore assets. Sempra Energy (SRE) also has an international presence.

Earnings from Duke Energy’s commercial portfolio slightly improved during the quarter due to its additional in-service renewable assets.