March corn futures were trading near the crucial support level of 360 cents per bushel on February 8, 2016. Prices dropped below the channel support with the decline on the day. The fourth consecutive drop in prices was sharp and forced the price channel to progress downward. Volume decreased by 2.7% after two consecutive days of rising. Open interest plunged by 8.2% on the day. Prices were trading below the key 20-day, 50-day, and 100-day moving averages. 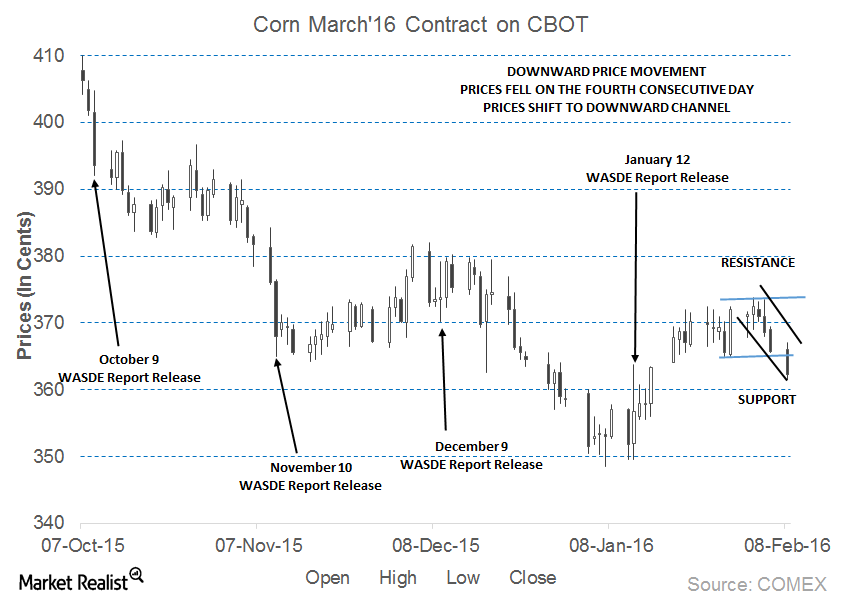 The chart indicates that prices might remain in the bracket of 370 and 360 cents per bushel in the near term.

The US Department of Agriculture’s weaker export inspections report in comparison to the previous week negatively influenced prices. The increase in Ukraine’s corn export projection also hurt the US corn export sentiments on the day.

However, weaker production sentiment for the marketing year 2015-16 supported the prices. Plus, the US dollar depreciated by 0.32% and supported export sentiments.