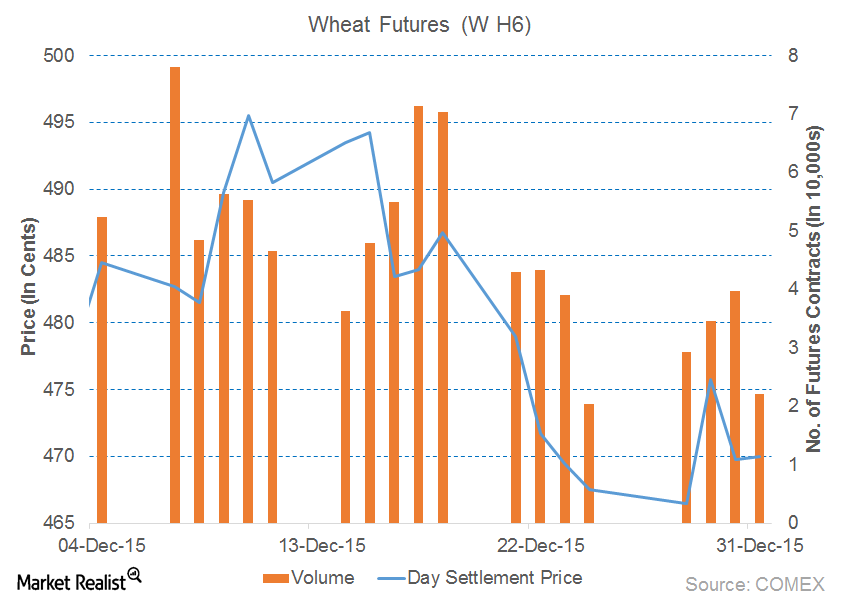 In major wheat producing regions in Russia and Ukraine, the cold weather conditions wouldn’t be a concern for a fall in the wheat acreage for the next week. The significant parts of the acreage have about four inches of snow. This would protect the winter wheat crop from the winterkill in the dormancy period. The forecast has snowfall in the eastern, central, and southwestern Volga Valley region that would support the wheat output sentiment. It supported the wheat output projection from key competitive countries to US wheat. It kept wheat prices under pressure on December 31, 2015.

According to Allendale reports, the wheat harvest in Argentina is 75% complete. It’s less than last year’s progress of 88% during the same period. The lower-than-expected wheat harvest progress kept output sentiments low. It supported US wheat prices on December 31, 2015.