Features of Binge On

In the previous part of this series, we looked at T-Mobile’s (TMUS) free video streaming service, Binge On. In this part of the series, we’ll see why T-Mobile is “baffled” by YouTube’s (GOOG) objection to the service.

T-Mobile stated at the Citi Global Internet, Media & Telecommunications Conference on January 6, 2016, that there are three features of Binge On that set it apart from other video streaming services. Below are these three features:

The most significant component of mobile data traffic is video. It’s driving the data consumption of wireless carriers. As the graph below indicates and according to Cisco’s (CSCO) VNI (Visual Networking Index) forecasts, video made up around 59.8% of mobile data traffic in the United States in 2014. This figure is expected to expand to around 75% in 2019. 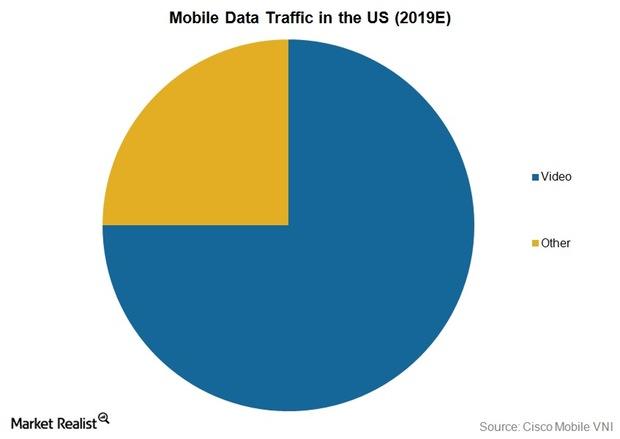 Why YouTube’s concerns may not be valid

T-Mobile makes up 0.4% of the iShares S&P US Preferred Stock Index Fund (PFF). For an investor interested in getting exposure to the Communications Services sector, PFF holds 0.75% of the sector.