On January 14, 2016, Analog Devices (ADI) announced that it expects its revenue in fiscal 1Q16 to be $745–$765 million as shown in the following chart. Earlier, it forecast revenue of $805–$855 million. Analog expects “weaker than forecasted” demand in its portable consumer business segment.

Analog accounts for 3.7% of the iShares PHLX Semiconductor ETF (SOXX). 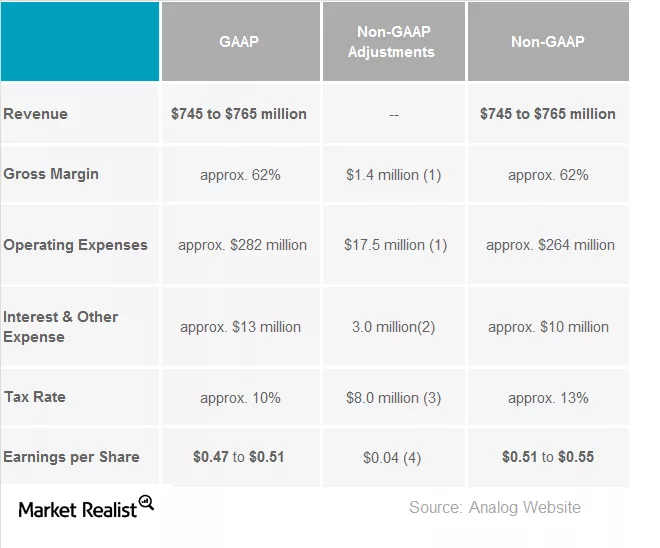 Qorvo (QRVO) lowered its fiscal 3Q16 revenue guidance from $720 million–$730 million to $620 million. The demand from its mobile products segment fell more than expected. The company earns ~82% of its total revenue from the mobile segment. Apple (AAPL) is one of its major customers. It supplies the antenna switch for the iPhone.